Crises tend to bring out the best in us. We rise to the occasion; we set our teeth, hunker down and lean into the wind, knowing that complaining won’t help—we just have to get through it. It’s not the big stuff that brings out the pessimist in us. It’s the everyday Murphy.

And so it was that late last week, Christian roundly dressed me down for being negative. It was a painful scolding. I felt that I had every right to be negative, after the unceasing pounding of hassle and headache and illness, combined with lack of rest, the last few, uh, months.

Yet at the same time, I knew I deserved it. It’s one thing to be gripey for a day, when times are tough. By the time it stretches into weeks, no matter how bad, it’s because you’ve gone looking for things to be ticked off about.

God has a habit of smacking me upside the head with the same lesson till I get it. This morning the devotional in Living Faith was about Paul, stuck in prison, beaten and battered, and singing psalms of praise.

Ahem. OK, God, I get it. It’s time to change my attitude.

Julianna screaming, Nicholas choking on his coughs and refusing to nurse…Alex still being slow as molasses in the morning, and me up half the night with Nicholas, so I’m too tired to exercise…And man, we should NOT have rented that movie.

Julianna is home, and well, and slowly recovering her strength. She actually took three independent steps this morning during PT, though Gerti had expected a delay of several weeks as she found her legs again. And she’s used the toilet before nap two days running now. And man, that girl is cuter than ever. And even though the entrance of Nicholas has kicked me back to fourth place in her preferred list of people, she’s infinitely willing to respond and giggle for me, as long as I can make the XYs of the house give us a few minutes to ourselves. 🙂 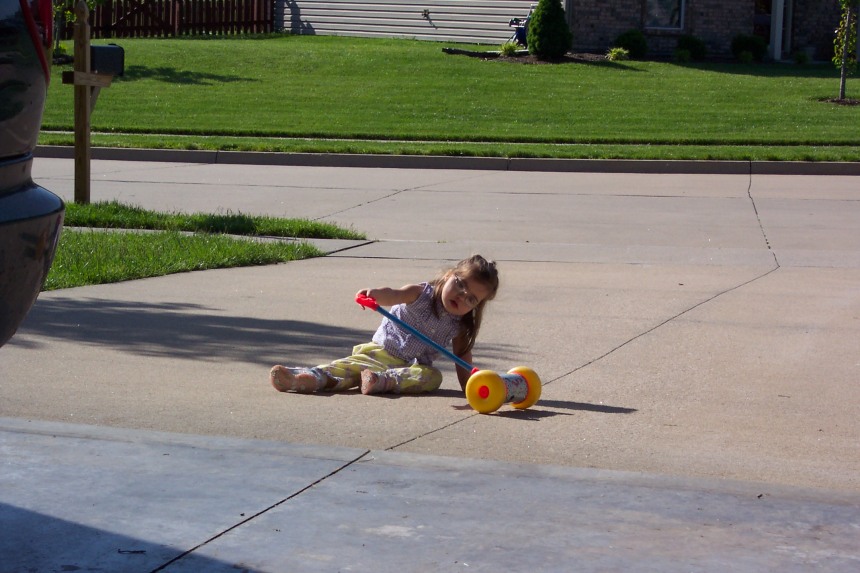 And Alex—well, even if he does take an hour to do something that should take ten minutes, at least he’s doing it; I don’t have to do it for him. And he’s behaving better at church, and he’s fascinated by his Rosary, and wants to go to a quiet church to pray (though I’m quite sure that the Rosary would far outlast his patience! 🙂 ). He’s independent on the computer games, and mostly independent on his bicycle, which he wants to ride every day. 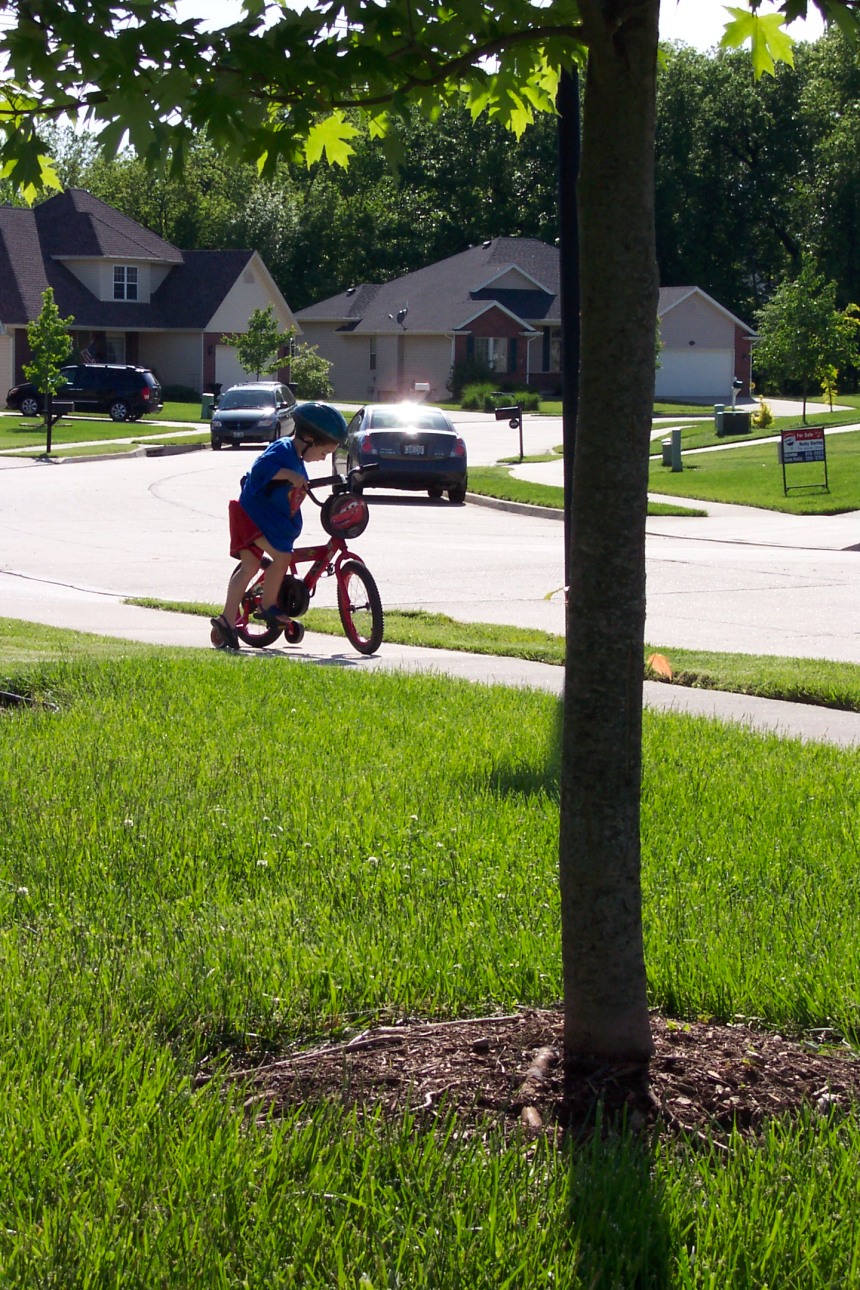 And Nicholas is sweet as can be, sleeping in the crib now instead of in our room. His fleeting smiles are the best part of every day, and for crying out loud, the kid managed to stay well through the first seven major illnesses he was exposed to, despite sitting every day all day in a hospital for twelve days. 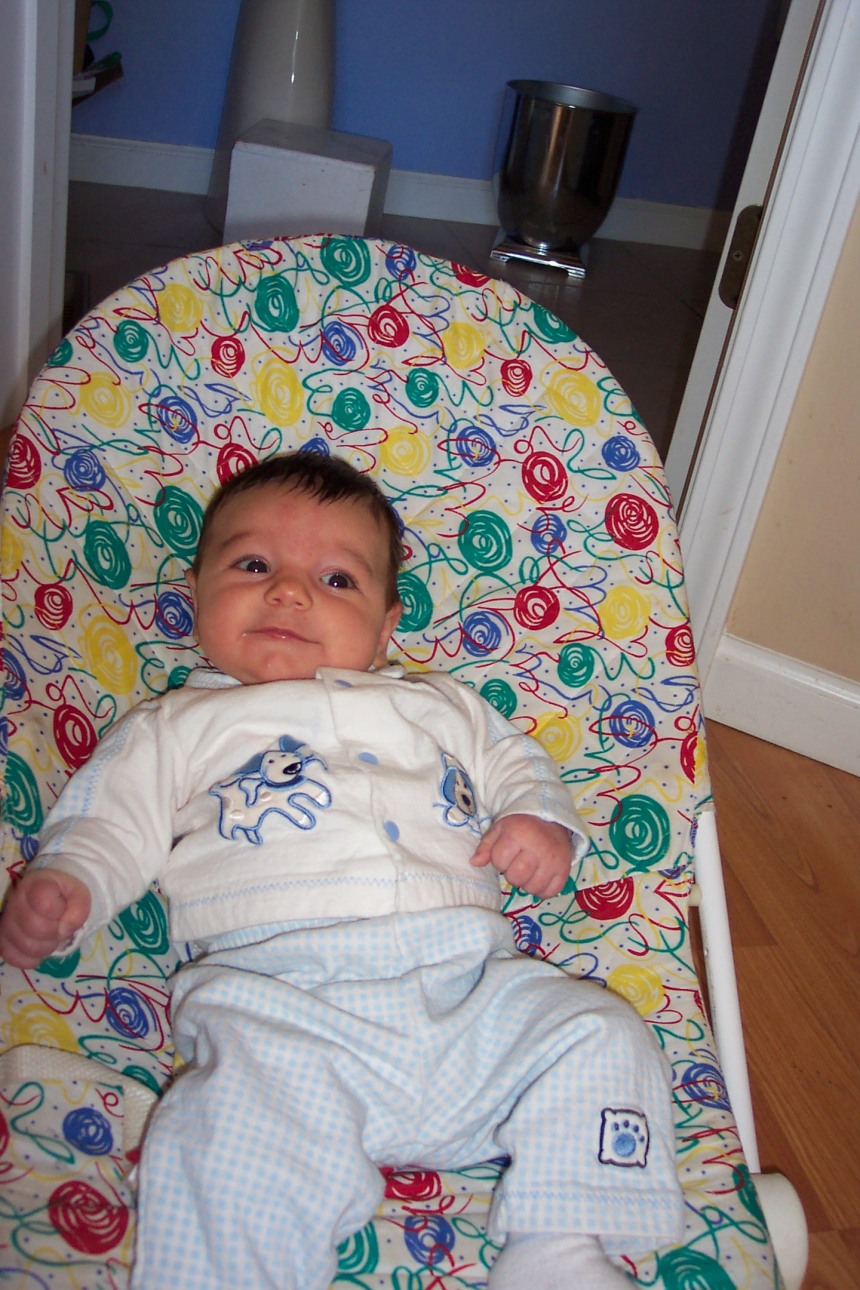 And then there’s Christian. Christian helps with the housework and makes me laugh, he tries to give me a break from 24/7 kid duty and is usually willing to run an errand for me to make my life easier. He plays with the kids, he plans for our safety and future. He is a model of patience and reason, and when, occasionally, he kicks me in the pants, it’s never unwarranted.

I’m grateful, too, for our home, and for family and friends and community who care about us…who, whenever we get into a bind, shower us with lawn mowing, meals, care packages, house cleaning, respite, child care, prayers, and sheer numbers—I’ve ceased to be amazed at the spike in hits this blog takes when our family has a major event.

So the next time my gripey, self-centered, never-satisfied side rears its ugly head…which, undoubtedly, it will do before sunset today…I will follow every negative thought with two positives. Maybe I can learn to be one of those peaceful, optimistic people I admire.

Then again, maybe I can’t. But maybe, just maybe, it’s not about success anyway, but simply about running the good race.

3 replies to Cultivating an Attitude of Gratitude