Remember the boy named “trouble”? It was Saturday afternoon and the poor kids got dragged to a special Mass with the Bishop. But it had its compensations. Alex always thinks the Knights of Columbus, with their sabers and capes and feathered hats, are worth watching. And Nicholas put on a one-toddler comedy act during  the Eucharistic Prayer–or so I am told by my cousin, who had the dubious honor of holding him during it.

“At some point,” she said, “he caught the Bishop’s eye, and the bishop was praying with his hands folded, and Nicholas went…” 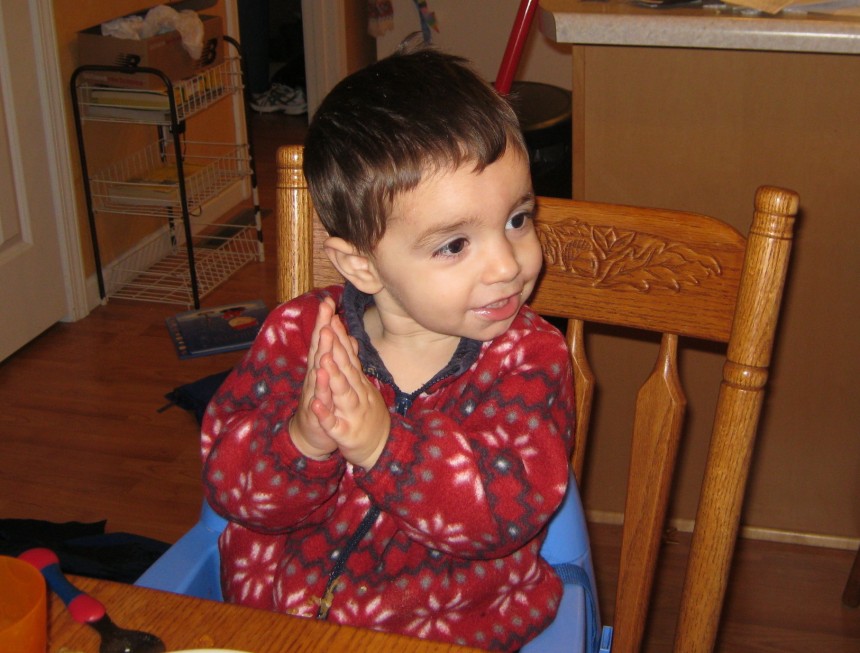 “Then, after a few minutes, the Bishop interlaced his fingers, and Nicholas went…”

“And then, one of those poor priest up behind the altar just started busting a gut,” she said, “because the Bishop held his hands out wide, and Nicholas went…”

(Images recreated that night at the dinner table for your enjoyment. 😉 )

So I figure Nicholas is either a) a stand-up-comic in the making, or b) a saint in training.

Who wants to place bets? 🙂

4 replies to Stand-Up Comic or Saint in Training?