The problem with special, “all about me” days—birthdays, Mother’s Day—is that you build up your expectations for them so high that no day can support the weight of the tower constructed on its slim shoulders. After all, a day is pretty much the same, no matter what you call it: the sun rises, the sun sets, it rains, it doesn’t rain, you shower, you eat, you take care of kids…

I’ve had some less-than stellar Mother’s Day weekends—like the weekend we planned a trip toKansas Cityto celebrate. We ate a so-so meal at a really expensive restaurant (well, the meal was good, but the much-vaunted chocolate dessert buffet was distinctly less than exceptional). That trip, my choice of activity was the art museum. But we had two boys—Alex and my nephew—and instead we went to the zoo. (I really don’t like zoos.)

I’ve also had the most wretched Mother’s Day ever. Specifically, two years ago, the Mother’s Day that I spent sitting in the PICU with Julianna. (I felt pretty sorry for myself that one. Wallowed in it, in fact.)

But this year was different. Mother’s Day fell in a really crazy weekend: a wedding, a wedding meeting, a baseball game, a barbecue for a critique partner—and that was just Saturday’s commitments. That doesn’t include the work party we hosted on Friday night, or the bedroom rearrangement we were undergoing, or the broken lawn mower that had to be fixed so we could finish the lawn! And because Christian knew that I’ve been tired and stressed lately, he wanted to make sure I had a chance to relax. Bless his loving heart.

But it doesn’t matter how much someone tries to make a day nice for you—it’s you who decide how you’re going to accept their efforts: with grace, or with petulance. And I’m sorry to say that many years I’ve adopted the latter course instead of the former. Well, this year, I was determined to behave differently.

And so, even as Christian went about trying to give me a day off, I went looking for ways to help lighten his load. And you know what? It was a beautiful day. A day without simmering resentments, a day free of bickering between spouses, and with very little yelling at kids.

A day I would love to imitate every day.

For three cuties on a bunkbed 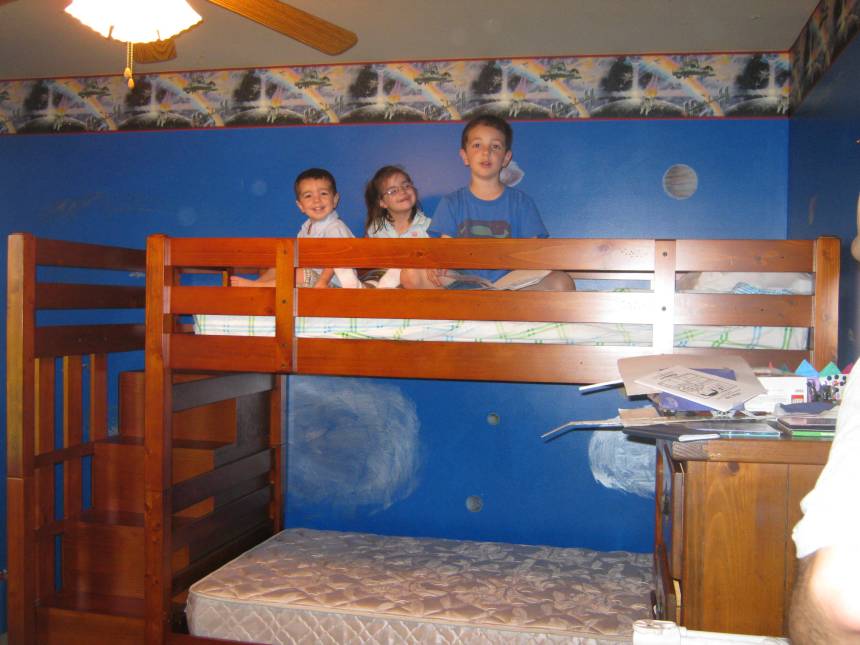 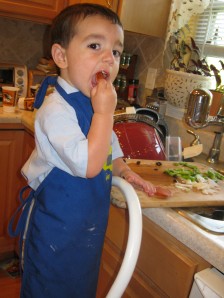 For a Mother’s day brunch enjoyed outside
and homemade pizza (everyone should have helpers this cute!)

For almost two uninterrupted hours, spent on the delicious pleasure of working on a novel

and the fact that the words finally began to flow on the novel again, after months spent procrastinating while I do other paying projects 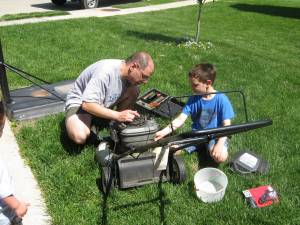 For a husband who fixes lawn mowers and makes mattress supports for bunk beds, and involves his sons in the process

Shared with Multitude Mondays at A Holy Experience