If you’re not a food person, you might not get it.

But we are food people, and it was the highlight of Thanksgiving weekend: getting to visit Cheese and Crackers, our brother (in-law/uncle)’s store in Champaign, Illinois.

Spice and yeast washed over us in ragged, hungry sniffs. Bart came out to meet us, and the kids got the first samples: chocolate, but not just any chocolate—pumpkin chocolates! They tore back and forth across the tile space while their uncle cut slices of cheese for us, whetting our appetites for the deli tray he was preparing to send us home with for dinner that night. 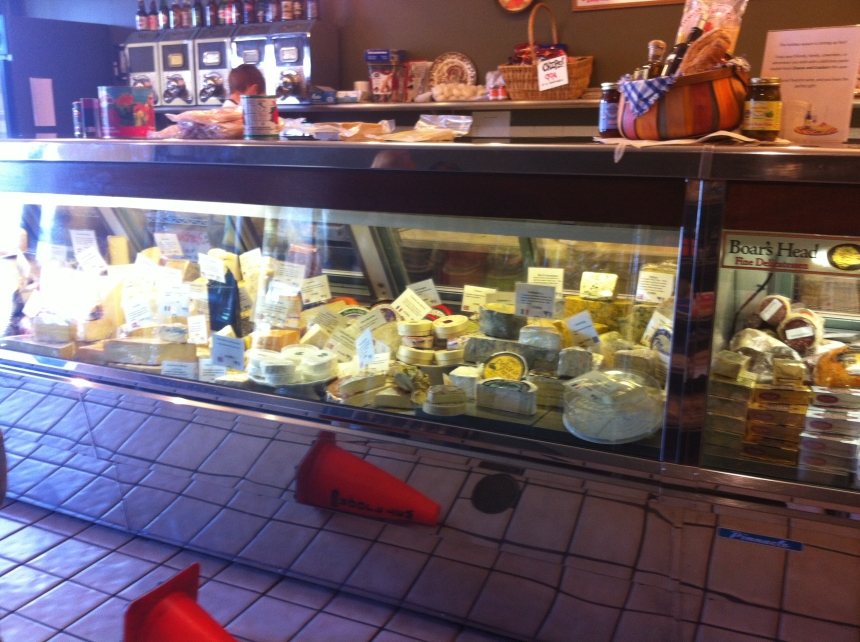 It was a short visit, because we had just arrived in town and everyone was hungry and tired. But on Thanksgiving Day, Bart took us back while the store was closed.

I thought I was a food person, but touring those amazing imported cheeses and meats taught me how little I know. Slice after slice came over top of the counter—some I had never heard of, some that sounded half familiar: cheeses covered with red-brown and blue-gray rinds (“it’s penicillin,” Bart said. “It’s actually very healthy to eat, it’s just some people don’t like the aesthetic”), cheeses dried and hard at the edge, meant to grate (“take the hard rind and drop it in your pasta sauce—it’ll give it a great flavor”), cheeses so soft and creamy that they nearly melted in the mouth. (We’re thinking we’ll order some to have shipped to us later–everyone who works in the store speaks the language and knows how to guide you through the selection process.)

“Alex, c’mere,” said his uncle Bart. “Come around the counter.”

And Alex’s adventure began. I’m only sorry for the poor quality of these cell phone pictures; we left the camera sitting at home.

He got to cut cheese…

…and vacuum-seal them for us. 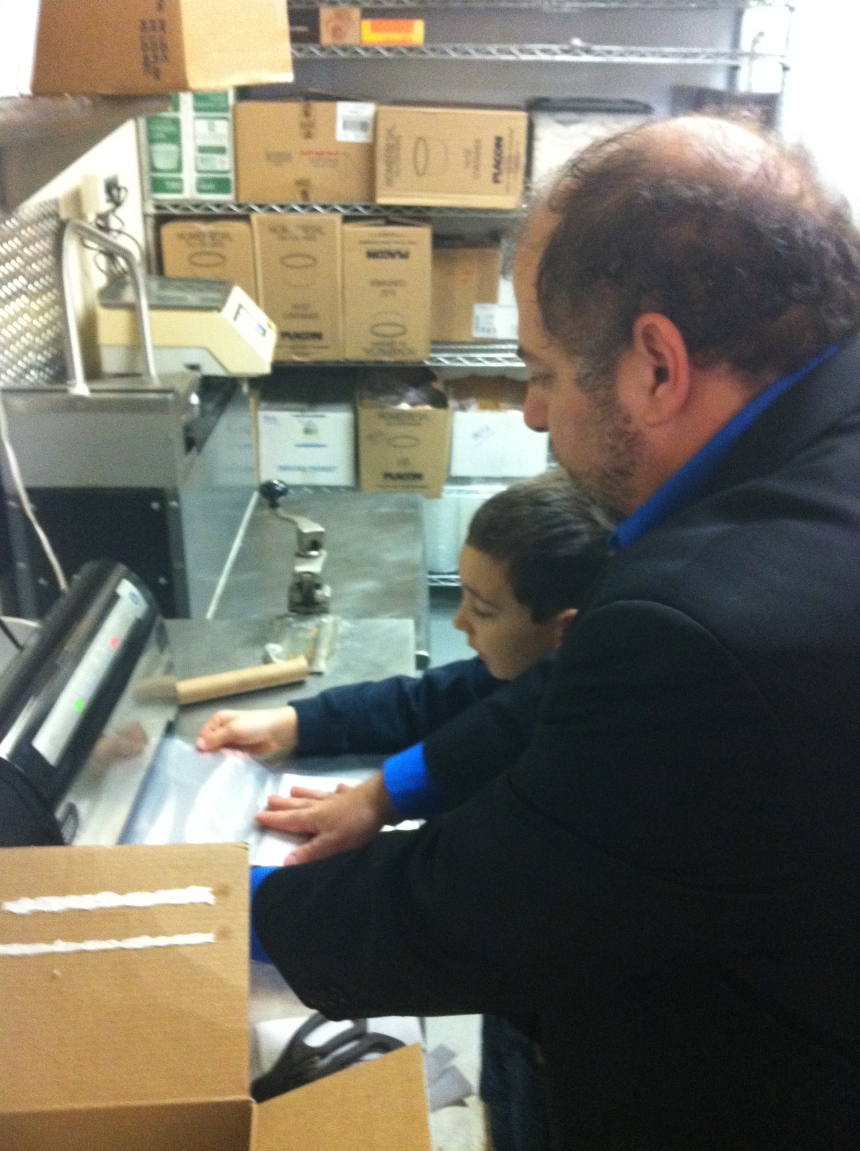 He got to serve chocolates and watch his uncle run the meat slicer. 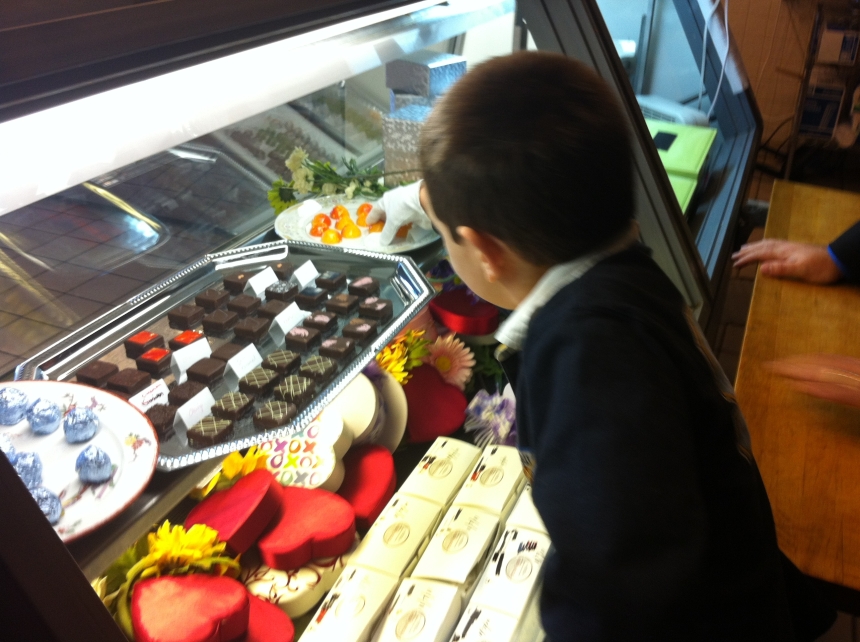 We packed the back of the van with packages of deliciousness that we have been enjoying all week. Which leads me to this most uncharacteristic “ad”-like conclusion: if you have any “foodies” you’re shopping for, take a peek at Cheese and Crackers. They can ship anywhere in the country, and man, it’s good stuff.

4 replies to Cheese and Crackers