Last night I went to the home & school meeting. When I came home it was past bedtime. I settled on the couch to nurse and watch TV with my husband, and suddenly Nicholas appeared on the stairs. “Michael’s home!” he said excitedly. Not Mommy–Michael. Sigh.

I could get all gripey about lack of appreciation, but I know how difficult a time they had when I was gone. Alex’s schoolwork suffered in the month of December, and his teacher urged us to go easy on him. He was really worried about Mommy and the baby, she said, and she was sure it would straighten out over Christmas Break. So far it looks like she’s right.

Well, this is the day: Christmas is officially ended. Sort of. Because after all, we won’t actually celebrate Epiphany liturgically until Sunday. But by the 12-day count, this is it. So, quick show of hands: who still has their tree up and is lighting their outside lights? We do! We do!

I have a short fiction piece up today as well, if you’re interested.

I had to look up epitaphs in the process of my Write On Edge prompt today. And I have to say…they can be really funny! Check these out. May I approach death with such humor.

Since I’m pressed for time I’ll share two pictures. This one I’ll call “image that disturbs an overtired mother upon entering a darkened room, even though she knows perfectly well where her baby is and knows that isn’t him: 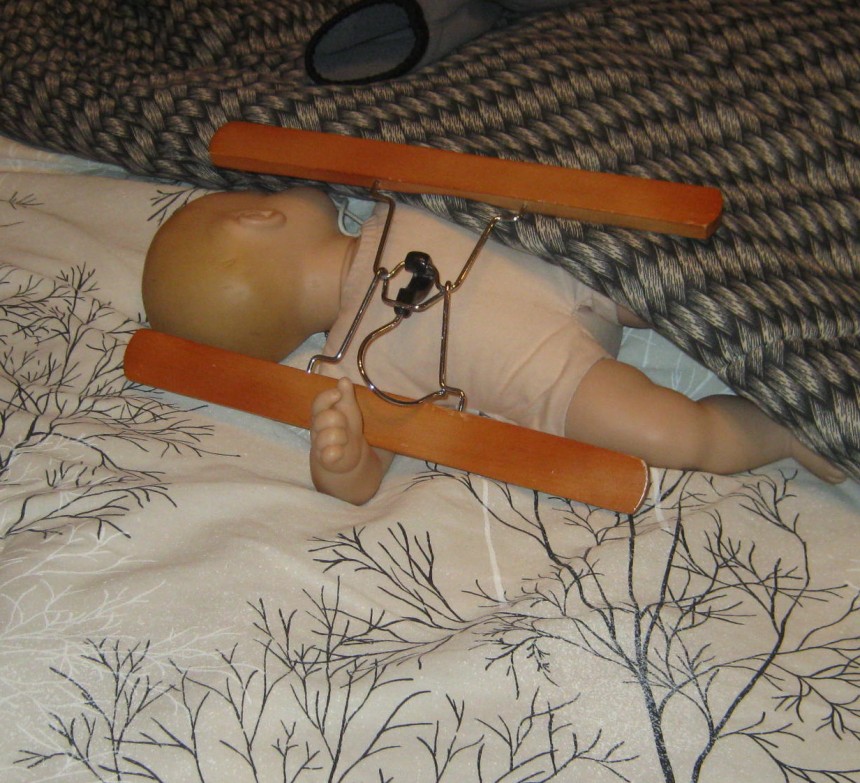 And this one I’ll title “image that ought to be disturbing, but to an overtired mother of four…isn’t.”

(Though I suppose if there’s any place in the house it’s rational to have a stuffed animal’s pants around his ankles, it’d be outside the bathroom!)