If you’re just joining me from the blog hop, we just came home from spending a week in Estes Park, Colorado for a cousins reunion. I’ve been blogging about it all week. Today, here are my parting thoughts…

At 5:30 a.m., the sweetness of the ponderosa pine is stronger in the air. Or perhaps it’s just that, having eaten nothing, my palate is more receptive.

I spent the last morning in Colorado running up and down Devil’s Gulch Road. It’s a long, slow descent into Estes Park–on the order of four miles long–and everyone who tried it this week came back moaning about how hard it was to get back to Overlook Ranch (elevation 8110) after running downhill for so far. I lengthened my runs over the course of the week, but instead of going downhill for ten minutes and uphill for ten minutes, I went out for ten and back for ten, and repeated, only shorter. And I’ve got to tell you, they’re right to have athletes train at high altitude. Coming back home, I dropped my mid-run walk break and didn’t even notice.

The last morning at Overlook Ranch, when I finished running, I climbed the mountainside one last time, crossed the fallen barbed wire fence into Rocky Mountain National Park, and sat on a rock for twenty minutes, trying to memorize the feel of this place that I think is my favorite place on earth…at least, it’s the only one that keeps tugging my heart to return, to put down roots. Colorado, I mean, not Overlook specifically. The deep quiet, the smell, the feel, the cool, the rugged beauty. And then I sighed and went back down the hill to dress four children and pack a too-small rental SUV for the long trip home. And I thought, well, I can’t stay here forever like I want to, but I have a beautiful life waiting for me at home, too.

Speaking of SUVs, can I rant for a minute? Three months ago Christian reserved a minivan. Two days before we left they decided they didn’t have one, and gave us, instead, a Chevy Traverse. I liked one thing about it: the headrest adjusted forward and back. In all other ways I wanted to stick a piece of dynamite in it. For instance: it’s too small for a family of six to pack all their things for a whole week. And, packed to the gills, we still had to get in the back end and fasten the kids’ seatbelts, because they could NOT get them fastened. In fact, we could barely get them buckled. It took me about six hot, sweaty battles before I realized the distance between the buckle and the wall of the car is too narrow to fit a booster seat. The buckle was practically under the edge of the seat! Now, what IDIOT designed THAT????? What is the bleepety-bleeping purpose of having a 7-passenger vehicle that can’t accommodate a car seat? I mean, how likely are you to have a need for a vehicle with that passenger capacity unless some portion of them need car seats?

Then there’s the rear atmosphere controls, which are positioned in such a place that all week they kept getting whacked. Alex periodically would begin to wail, “WHY IS IT SO HOT IN HERE????” and I realized, by moving the five things that were in between me and the controls (because there’s no room in the stupid vehicle), that the rear cabin controls had gotten knocked all the way over to heat! 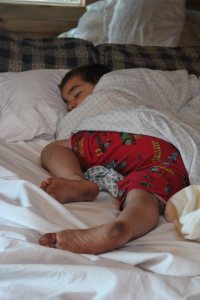 I don’t remember the dust being so bad last time we were in Colorado. It probably was, but this time my contacts were in a pitched battle with the environment. I had to carry solutions with me everywhere I went. And the kids? Wow. Adults don’t get as dirty, somehow. We ran out of clothes for the kids, even though I ran laundry midweek. And Michael thought those piles of soft dust were the coolest play toy ever. Sit. Roll. Pound. Sift. Lick. (Yes, I said lick.) And then? Then, Christian left his empty bowl of ice cream and brownies on the step. Michael dove in to finish it, but, realizing there was nothing to finish, he decided to dig in the dust with the spoon instead. And then dip the dust in ice cream remnants, and eat it before I got to him to stop it.

This was a cousins’ reunion. Many of us grew up getting together at holidays. My bestest cousin and I became friends when we were five and I visited her on vacation. Thirty-plus years later, she’s Michael’s godmother. This week, Nicholas discovered, not a first cousin, but a second cousin–a boy! His own age! At four and five, they are just the age to discover how much fun a family reunion can be when you have a friend.

We were dreading the drive across Kansas and Colorado so much that we split it into two days both directions to allow us to stop periodically. We were pleasantly surprised at how much there is to stop and see in Kansas, in particular. Abilene is on the list for a long weekend trip at some point.  There’s an Oz museum. There are forts and historic sites periodically. And if you stop in Quinter, KS–a town of 200 something, I think–you can have ice cream at Ray’s Drug Store, which has an old fashioned soda fountain: 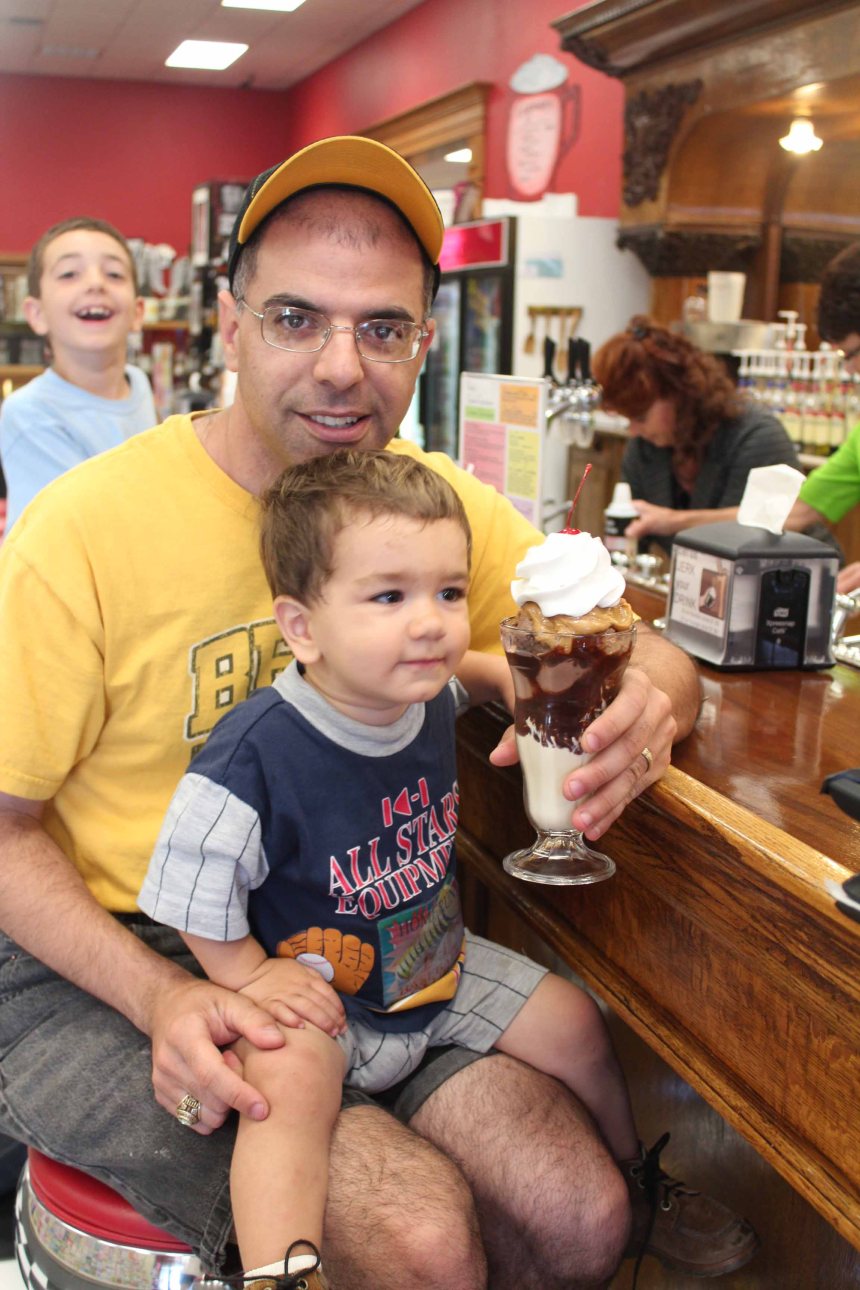 It was verrrrrrry delicious. Quinter, KS. I’m telling you. Stop.

And at the Colorado border is Burlington, CO, where Kit Carson County has a 1905 carousel with an original Wurlitzer “organ” and exquisite artwork that you can’t find on any modern carousel. Nor can you find a modern carousel that will try to throw you off, it goes so fast–twelve mph! And all for 25 cents a ride! 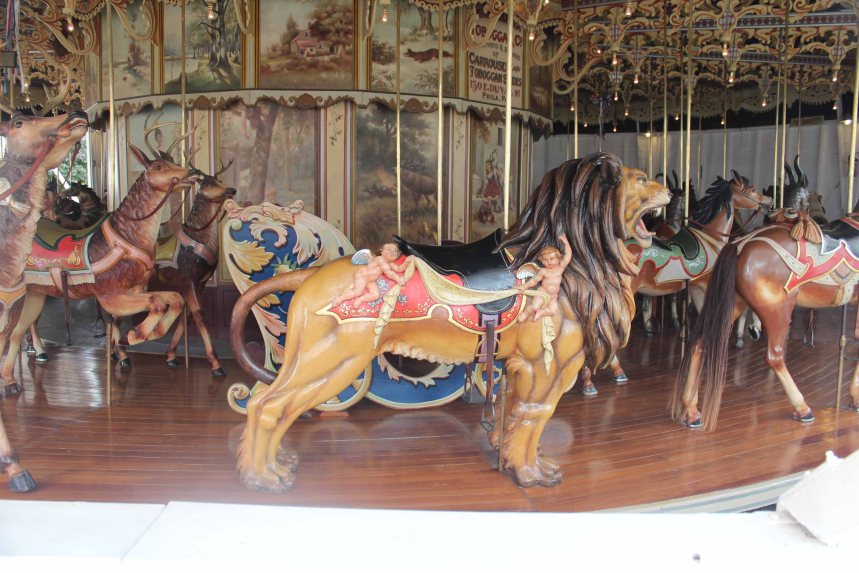 So there you are. Road trip tips from Kate.

Next week I’ll be back to regular programming. Promise.