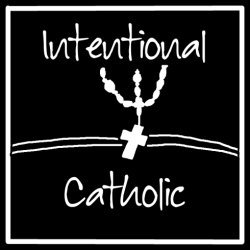 I’ve been reading a lot of women’s fiction lately, and reading it with a more critical eye than is usual for me. As I contemplate the novel query stage, I’m analyzing how my book fits into what’s already out there. There’s a lot of really good writing out there: great character depth and engrossing storytelling. But one thing I just don’t get is the approach to sex.

That’s not exactly accurate. I’m not an idiot. I’m well aware that my outlook on sex, as an integrated act melding both body and soul, is way, way outside the mainstream. And I know that even after fourteen years of married life I’m still very sheltered. I find things revolting that others think are not shocking at all.

But recently I’ve encountered one character having oral sex (really? what possible attraction can that hold for the woman?), and another who repeatedly has sex with one guy as she’s becoming more convinced that she belongs with another. And Guy #2 knows about it. Eventually, Guy #2 and main character decide they’re perfect for each other, except they aren’t sure they’re “sexually compatible.” So into bed they hop, just to be sure before they get engaged. (Because no one can learn to give another what they need. You’re just s-o-l if you don’t get it right the first try. Puh-leeze.)

Do people actually act this way?

I suppose they do. But if they do, it’s no wonder our level of relational dysfunction is as high as it is.

I suppose it’s not surprising that contemporary literature for women would involve a certain cavalier attitude toward sex, since that is the reality of the culture we live in. And I suppose it’s no surprise that my formation, first as a sheltered Catholic girl and then as a woman who learned intimacy through the lens of an integrated, holistic sexuality that includes both body and soul, stands at odds to that. But frankly, having experienced the latter, I can’t imagine why anybody would find the cultural standard the least bit attractive.

A few years ago someone made a comment on a romance writers’ site that went something like: “And what is wrong with a man and a woman in love showing their love for each other through sex? If you’re honest with yourself, nothing at all.”

I suppose that’s a true statement, if it’s real love. But real love is revealed over time. You can’t front-load a relationship with sex and just call it love because you have an overpowering emotion. That overpowering emotion is not love. Love must be tested and proven.

It is a commitment made through choices over the long term. Yes, I know that’s really fuddy duddy, but anyone whose marriage has actually lasted would say the same. The sex is a response to and an intensification of a mind-and-soul unity that came first. Not a gateway to unity.

I don’t understand how women can not feel that this most intimate act loses value if you just pass it around to everyone you like. Frankly, it gives me the heebie jeebies to think about having sex with anyone other than my husband, whom I knew, long before we were intimate, has always had my best interests at heart.

And then there’s this question: If you know Person You’re Attracted To has just been sleeping with someone else, would you really want to be intimate with them? Isn’t there a huge “ewww” factor in that?

I just don’t get it.

But I think I have a totally different vocabulary surrounding this subject. To me, sex is a gift, and it’s intrinsically tied to personhood. It’s not something you can classify as “casual.” Sex has …well, consequences, for lack of a better word, although that has a negative connotation which is not what I mean. How can it be satisfying if it’s not experienced in the context of a 100%, no-holds-barred commitment? Which presupposes that the commitment came first?

Love and marriage is the central theme of my novel: when you grow up believing marriage is forever, and then you realize you made a big mistake, what do you do? How far do you go to salvage it? How much of yourself are you willing to sacrifice?

I worry sometimes that my view of the world is so outside the mainstream that it won’t resonate at all. But words are the tool I’ve been given to try to make the world a better place. So I have to try. Novel query stage: bring it on.