At 3a.m. on Thursday, I heard a telltale, muffled sound coming from down the hall. I found Julianna wailing in her bed, shaking like a leaf, and waking up Michael, who also was crying. I crawled into bed with her and spooned around her, and she snuggled up against me as I tried to soothe Michael by voice. Unsuccessfully. “Did you have a bad dream, Julianna?” I asked.

“What happened in your dream?” I’ve never asked that before, but I thought it would be good to use wee-sma’s crises to help out with her school lessons, in which she’s supposed to tell us what happened first, then, and last.

She raised a hand and put it to her face. “Eye drops!” she wailed.

Why eye drops? Why, because she saw the ophthalmologist on Tuesday, and they dilated her eyes, of course. And yes, the trauma of that visit was far worse than the dream! But we also graduated. The doctor said she can probably just go to an optometrist from now on. Happy dance!

Of course, that still leaves us with a crying toddler, who, by now, has Daddy trying to calm him down. Unsuccessfully. The instant Julianna heard him come in the room, the ungrateful child reached out for him and wailed, “Daddy!”

Sigh. So we switched kids. And Christian fell asleep with Julianna.

I forgot to pick Julianna up on Thursday afternoon.

I remembered as we were turning onto the street beside Alex’s school, because I was looking at the clock and thinking, “Man, we’re really early. Why are we really early?” Ahem. Well, I got to Julianna’s school and back to Alex’s juuuust before they sent all the kids to aftercare. Sigh. I suppose it was bound to happen sooner or later.

So Jennifer did a post called “Ten Images That Tell You Everything You Need To Know About This Blog.” And I was going to make that my whole post today, I really was. A fitting end to a photo week, n’est-ce pas? But I haven’t written a real word all week on my blog, and how could I not share those stories? Nonetheless, I am going to wrap up with some pictures that are, well, not as funny as Jennifer’s, but they are my crazy life. Meet Kate’s Life, in reverse time order…

Alex, as St. Michael the Archangel, and Michael, as Lucifer. No comments from the peanut gallery. 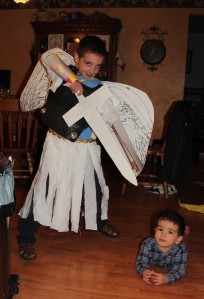 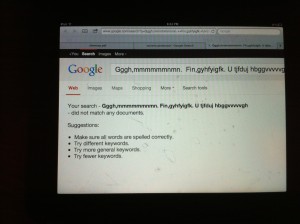 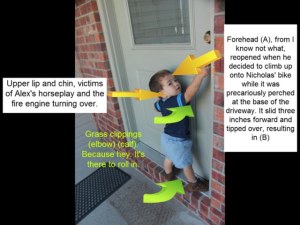 Mommy, I nussing my baby! 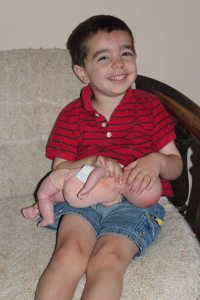 Errr…..I had forgotten that Black Widow was NOT the first superhero I’ve channeled…at least, according to my kids! 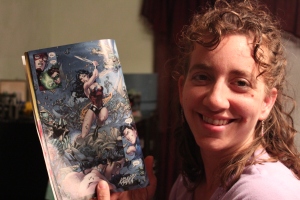 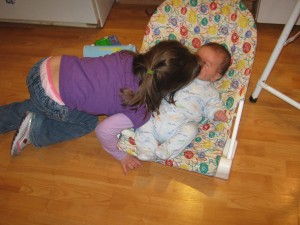 What Nicholas did to my perfect cheesecake (clearly he had plenty of Mayhem in him, too): 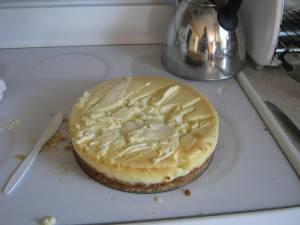 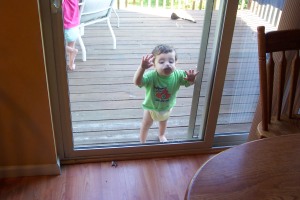 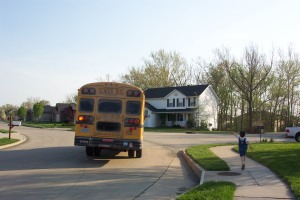 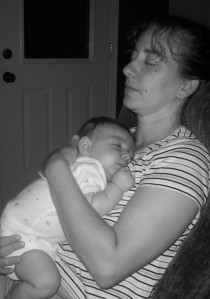 Alex is “leaning”. Poor baby Julianna. I guess we know where she learned to torment baby siblings! 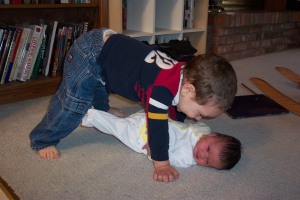 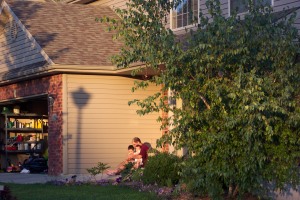 3 replies to Some Unspecified # of Takes, With Bonus Pictures