Last week, a couple of commenters asked me to talk about spiritual direction–why I’d chosen to pursue it, asking me to reflect on the experience.

I meant to comply on Monday, but I was feeling overwhelmed and besides, I thought Ash Wednesday might be a better time to do so. So here I am.

My journey toward spiritual direction began with a sense of dissatisfaction with the sacrament of reconciliation. I had this vision that involved something deeper than a simple list of sins, presented without comment and absolved the same way. I asked a couple of priests about finding such a thing and they gently suggested that wasn’t really the point of Confession. About the same time someone on the blog–I don’t even remember who, or when, but I know it was a commenter–said, “It sounds like what you’re looking for is spiritual direction in the context of Confession.” Light bulb moment!

But I’ve worked in parishes and I know how busy the priests are. I just couldn’t bring myself to do it. So I kept my ears open, explored a couple avenues, but nothing quite felt right.

Then we got a Christmas letter from a woman I knew from our previous parish choir, who shared that she was now a spiritual director. And I thought, This is it. I emailed her asking if she would be open to doing it via Skype. It took us two months to work out the logistics, but we met for the first time ten days ago. 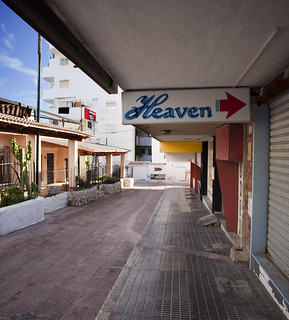 The words “spiritual direction” seem to imply that someone else has a grand plan and can, well, direct you. That they’re going to be able to hold up a sign that says “This Way To Heaven!” In that sense I think the experience has been misnamed. Her job is to listen and to ask good questions…and let me talk. And as I talk through the answers to her questions, things begin to clarify.

I live an enormously diversified life, which makes it rich, but often confusing. How do I discern whether I’m focusing too much on myself, mistaking pride for a calling from God–or whether I’m being scrupulous, feeding into my anxiety by assuming anything I want must, by definition, be contrary to God’s will for me?

This is why I need spiritual direction: because those distinctions are not clear to me on my own.

I gained two moments of profound clarity in my first spiritual direction meeting.

1. I was talking about the difficulty of finding and making time for silence, where I find God, and my spiritual director said, “So you’re an introvert.”

“Huh?” I said, thinking, yes, but what does that have to do with anything?

“That’s what I heard you say. You draw your energy from being alone and silent. The energy to deal with your life.”

You know that had never occurred to me? No wonder I always lose my cool! Some people draw energy from others’ presence. I’m the opposite: other people’s energy drains my emotional reserves. All this time I knew I craved silence and solitude, but I didn’t know why. I thought it was the conduit to my creativity–and it is–but it’s more elemental than that. The silence is where I recharge my emotional batteries so I can do what has to be done in a world that is anything but silent and serene. And now it’s crystal-clear that I need to create space for that in my life. It’s not a luxury.

2. I talked at some length about the scrupulosity issue, the fear that I’m not supposed to be writing, that GOD’S WILL FOR MY LIFE (finger wagging as an illustration) is for me to be a mom and nothing else. My spiritual director said, “Do you think that’s what God’s calling you to?”

Not a question I wanted to answer. I fumbled a bit, and she rephrased: “Have you ever had a moment where you were sure you were hearing the voice of God?”

After a bit of thought I could say yes, I did. It’s never, ever about the big things, it’s always about small things that are immediate and in the here and now.

“No!” This one I could answer with certainty. “No, it feels quiet, and peaceful.”

Those words hung in the air for a couple of seconds before I realized their importance. I have identified what the voice of God sounds like to me, and more importantly, what it doesn’t sound like.

Insights. Signposts. Moments of clarity. That’s what I hoped for from spiritual direction, and although I’ve only had one meeting I am filled with gratitude for what I gained. Like pretty much everyone who stumbles their way into spiritual direction, I highly recommend it.

6 thoughts on “Signposts To Heaven (or: my introduction to spiritual direction)”