Let’s start with a story about this boy: 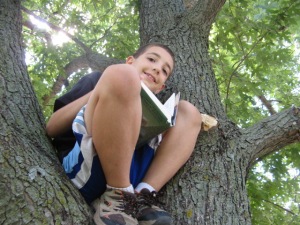 Alex loves to rewrite songs. And oh lordy, sometimes it’s hard for an occasional songwriter to listen to it! Last night in the car, he decided to rewrite Rudolph with shades of the Lego movie: “Big Mr. Buz-niss MA-AN, had a bi-ig crane ro-BOT!”

Dead silence. Then: “I don’t know what you’re talking about.”

Christian roared with laughter. “Alex, I’m sorry, you have a mother who’s a spaz about music and words, and she’s freaking out!”

I have another Alex story. You have no idea…never mind, I take that back; anyone with multiple kids in the house knows exactly what I’m listening to this summer.

Mommy Alex told me I can’t change my Batman plane back!

Legos are meant to make NEW things, not keep the old ones!

But I want my LEEEEEGO plane!

But E. made this!

Me, running around doing the short-order cook thing: “Uh, okay, why’s that?”

“Because I lllllllooooooove spending time with my family.”

Last weekend as the choir circled up I had one of those moments when you really process things you see every day. In this case, Julianna’s size. I know she’s tiny, but looking at her on Sunday I realized just how small. She and Nicholas have always been mistaken for twins, but now Nicholas is bigger. Julianna is still marginally taller but Nicholas outweighs her by almost ten pounds. And she’s so much smaller than other kids her age.

Julianna’s view of the world is so streamlined, so simple and apparently un-nuanced, that sometimes I’m startled when she shows understanding of something her brothers don’t get at all. For instance: she knows when it’s Wednesday. She asks me every single Wednesday can we go to church? She doesn’t ask it any other day. Only Wednesdays.

Now, if you ask the boys what day of the week it is they’ll look at you blankly. Julianna, however, knows Wednesday means either “church school” (religious ed class) or choir practice, and those are highlights for her. And somehow, she knows when it’s Wednesday.

There’s much more going on in that little brain than it appears…but perhaps she processes things differently and that’s why we don’t recognize how much is going on.

A few snippets of my week at NPM convention. First: I spent hours trying to figure out the route to drive in to downtown St. Louis, and where the best/safest/cheapest place to park would be. When I got there Monday morning, the garage I chose was closed for renovation. Sigh. So I ended up parking on a surface lot across the street. And every day the same youngish man was on duty to come over and collect my $5 for the day. (Yeah, it was a good lot.) He was so nice, and I couldn’t help thinking how nice it was to build relationships, however fleeting, with people.

Wednesday evening I played flute for a concert of music written by women composers, sponsored by WLP. The seven of us who were performing arrived at the Shrine of St. Joseph, site of one of the miracles for St. Peter Claver’s canonization, shortly after 5p.m.. It was a gorgeous day for July, and the man who let us in opened the huge church doors to let the cool breeze air out the building.

Almost immediately three little African American boys, kids who live in the neighborhood, I presume, appeared on the church steps, obviously not sure if they were allowed to come inside. The man went to greet them, invited them in, and for the entire hour that we were practicing, he was shepherding them from one part of the church to the next, explaining the imagery and the statues and who knows what else. I was too busy preparing for the concert to get emotional, but I’ve thought of that several times a day ever since. That memory will remain one of the highlights of a wonderful week.

The Shrine of St. Joseph was a really lovely space to play flute. My first test note went reverberating around the high ceilings for most of a second before it faded. But it’s not as big and live as the Cathedral in St. Louis. Last summer, Christian and I went to Mass there, and the sheer reverb in that space clarified something for me about musical styles.

It makes perfect sense that the history of sacred music in Europe developed as it did; the music was created for the spaces where it was to be used: ethereal chant; soaring, exquisite motets, stirring organ-accompanied hymnody. That music is uniquely suited to those spaces, and I really question whether guitar/pop-influenced music could be used successfully there.

But it also made it clear to me the flaw in the argument that nothing other than chant, motets, and organ-accompanied hymnody is appropriate for worship. That music developed as a practical matter, not because there is something inherently more holy about it. More reasons to appreciate the greatness of the Holy Spirit, who inSpires people to write music of all styles to nourish the people of God in the many and varied places they gather.

1 reply to Kids Who Write Songs, NPM memories, and other QTs