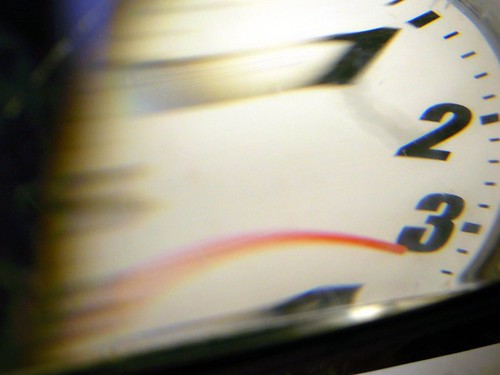 The weeks fly by so quickly, and every moment under pressure to accomplish as much as humanly possible. More than is humanly possible, to tell the truth. No matter how much I accomplish, it never feels like enough. I’ve always viewed myself as a juggler, but nobody can keep this many balls in the air. Something’s going to give. In my case, it’s housecleaning and, well, down time.

And I thrive on it. I do. As I was doing dishes last night, it occurred to me that even though I loathe all tasks related to cleaning, I was feeling unusual satisfaction, simply because I had made so much writing progress during the day. My writing is my play time, and really, who gets to play first and do the work later?

But the clutter makes me crazy. There’s the clutter of physical space—Michael ripping out and scattering the sheets of a tiny party-favor notepad. Shoes everywhere. Jackets on the floor. Lights left on at every turn. Kids who deliberately step on whatever book or couch cushion they’ve thrown on the floor. (Do all kids come with a built-in “destroy everything on sight” feature?)

But there’s also the clutter of time. I can’t even begin to describe the scheduling gymnastics involved in my life. I don’t detail it because I live in dread of having someone force me to quit whining by proving how much worse theirs is.

But one thought keeps coming into my head, over and over:

I love my work—love every moment of it, even the parts that cause me anguish and anxiety. And I love having the best of both worlds: part working mom, part SAHM.

But there is a tradeoff to pushing so hard. During the day I try to use every kid-free moment to work, but that means I never take time to sit on the deck with a cup of tea, or flop across the couch and watch a TV show. I won’t even take a nap unless my brain is so muddy that I simply can’t string words together.

Basically, I’m pushing all the time. Pushing to work while the kids are at school, and pushing to clean house and do homework and do all that Mom stuff the rest of the time. My brain is constantly making and remaking plans for maximum time efficiency.

And while I know there are many other people doing the same thing, day in and day out, even if the details are different, I can’t help feeling that this isn’t how things are supposed to be.

This is the point where I’m supposed to offer a solution in five simple steps, but the truth is I don’t have one. And really, there isn’t a simple five-step procedure you can follow to figure out these kinds of things. You have to weigh and measure and try and re-evaluate on a daily basis. Today, I’m just giving myself permission to ramble.

Ramble along with me, people. Tell me I’m not alone. Tell me how you weigh and measure, and what you try that works.

5 thoughts on “Ruminating On The Rat Race”