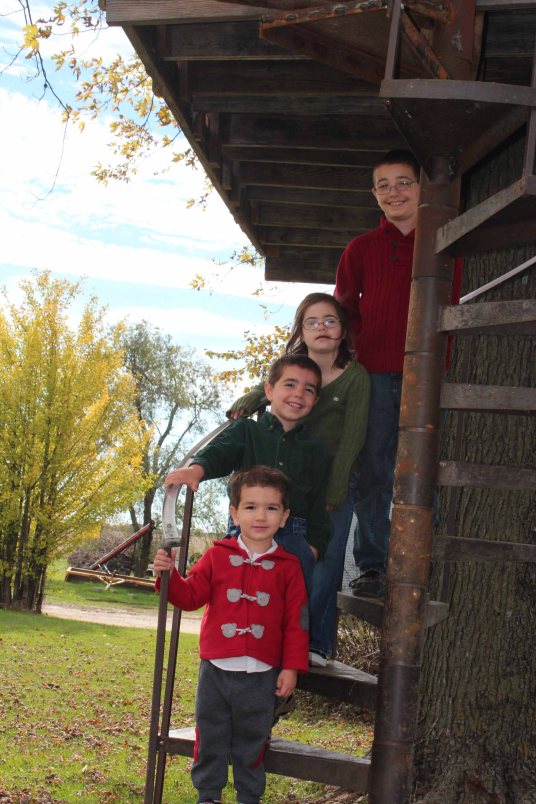 And then, in the course of time, old rituals pass into new.

My baby, no longer a baby, dresses himself now, refusing help until he’s worked his chubby arms into such a snarl within his fleece sweater that he can’t move. He runs for the van yelling “I, buckuh, mysef!” And he does it, too. Five-point harness, fastened by a three-year-old.

At the dinner table, the kindergartener waxes enthusiastic about his Christmas program this weekend, trying to give us a blow by blow of rehearsal.

My firstborn, my mini-me, shows by subtle body language that I’m no longer welcome to tousle his hair or kiss his cheek in public. When he puts the slips in the Advent calendar, he says, “Do I have to sit on that Santa’s lap? Because I know he’s not really…” And then stops. And I say, “Let’s have a conversation about that,” and he giggles and says, “I think I know what this is about.” Very suddenly, one day, “Mommy” and “Daddy” vanish into “Mom” and “Dad,” without explanation or ceremony, and we wonder if someone at school mocked him for hanging onto that diminutive for so long. But we don’t ask.

And at night, my girly-girl daddy’s girl now begs, “Mommy, I want, ssss-nuggle!” It’s a hard word for her, but she manages it. I lie down with her, with Anna and Woody and Sparkly Bear too, and she says, “Mommy, will you sssing Meh-wree Poppins?” And I stroke her soft cheek and sing softly, “Stay awake, don’t rest your head…” while I hear the popping of saliva as her cheeks pull back into a smile, followed by a giggle. It happens at the same point in the song every night, and I have no idea why.

Many things do not change. But these new rituals whisper to me, calling me to focus in on what still remains: the baby skin, warm and silky even as the child inside the skin asserts his independence. The tender heart that still wants to snuggle in private, even if he’s too big to do it publicly.

Things, both old and new, to cling to as children bicker and madness ensues, especially in the runup to Christmas.