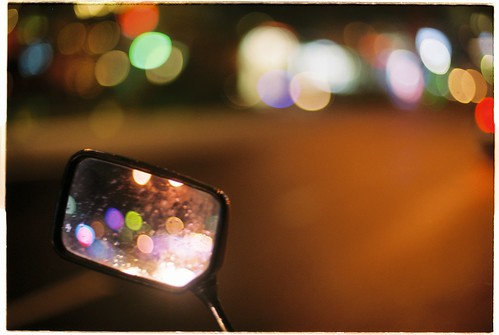 It’s been eighteen days since I posted a blog.

It’s been relaxing not to worry about those rolling deadlines. I’ve been able to focus my energy on writing when there was time, and when there wasn’t—which was often—I didn’t feel anxious or guilty about it.

In these eighteen days, I have painted a toy train, played Disney I Spy, six rounds of Tell Tale, half a game of Life, put stickers on a page and helped Michael tell stories about it, danced with Julianna, scrapbooked half our Disney trip, and read a novel and a half. I shrugged off regular writing and grabbed forty minutes where I could, but mostly I spent time with my family. We purged the toy room in the basement and made a lasagna dinner for the nurses working in the PICU on Christmas. I watched eleven episodes of Once Upon A Time on Netflix (mostly while folding laundry—I haven’t completely abandoned my multitasking ways). I stayed up late visiting, and I slept in three times. Which may not seem like much, but those were days my family slept in, too. I gave up something like seven hours of uninterrupted writing time for it.

And now it is a new year, and it’s time to return—to work, to school, to the beautiful, but let’s face it, stressful grind of routine.

I’m chomping at the bit to get back to writing, but I don’t feel ready to start blogging again.

But I’m internalizing a well-worn truth lately: that every up side has a corresponding down side. When air travel replaced ocean liners, we gained huge amounts of time, but the trad-off was jet lag. Mobile phones have given us convenience and efficiency, but the sound quality sucks and work never, ever ends. It is what it is. You can either gnash your teeth about the cost until you fail to recognize the stuff…or you can shrug, say it is what it is, and get on with life.

Despite the bickering, it’s been a lovely Christmas break. I’m ready for a new year. 2015, here we go. We’re off and running.