Today is about (insert epic announcer voice) The Thrill Of Victory and the Agony of Defeat…. 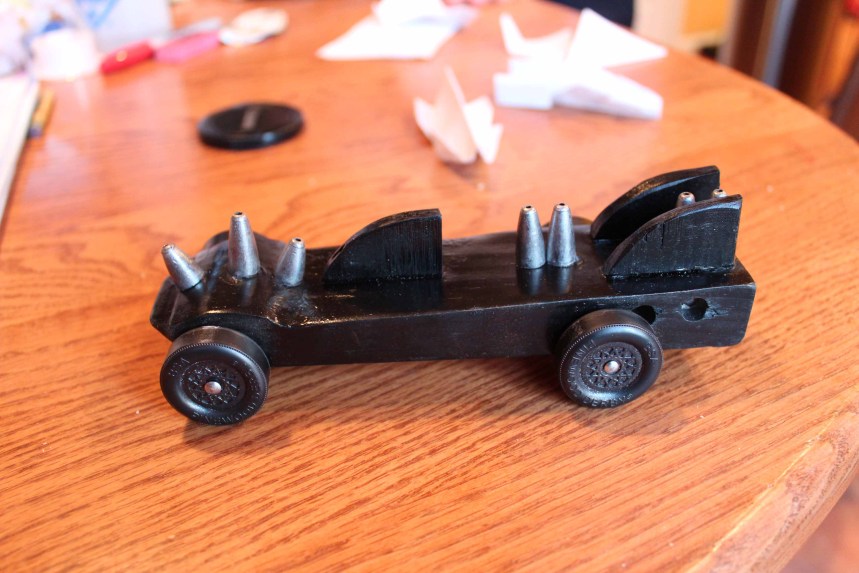 “He wants to get his work done quickly so he can stick his head in a book,” his teacher told us last week at parent-teacher conferences, and I had to refrain from wiping a little tear away from my eye. That was totally me as a kid. Who am I kidding? It’s still me.

But he’s not all that good at boy things. He has to work really hard at baseball just to get in shooting distance of the other kids. He doesn’t have that “boy” sense of humor, which will make him one heck of a catch someday, but right now it makes him feel a little out of place.

Yesterday afternoon Alex’s face stretched about half a mile long when he got in the car after school. I thought he was sick, but it turned out he’d just had a bad day…because he couldn’t figure out his math homework.

So when we got home I sat down at the table with him and we worked through perimeter versus area. Division problems using the bracket and the carry-down technique. He felt so threatened and out of control from not understanding his math homework that he got emotional. When we got it figured out, his relief flowed out into the room.

And then it was time for Pinewood Derby.

Now, being a girl from a house full of girls, I had never heard of the Pinewood Derby until a couple of years ago. So if you are in the dark, let me enlighten you. The Pinewood Derby is where (cough-cough) the scouts (cough-or-their-parents-cough) take a rectangular piece of pine, design a car, cut it out, sand it down, add weights and wheels, and race it down a track to see whose is a) the coolest-looking and b) the fastest. 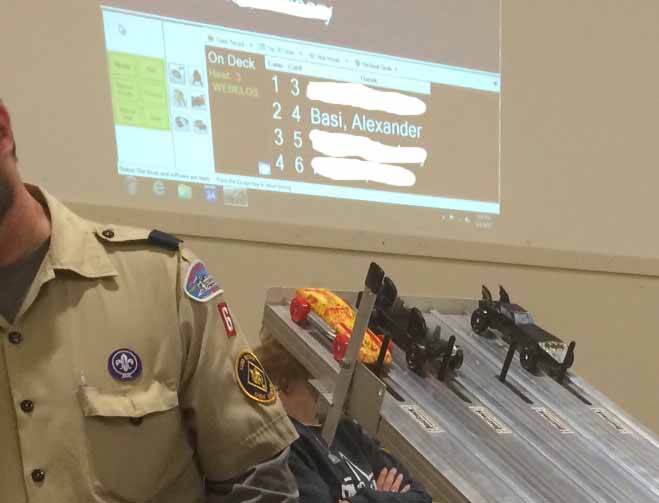 Christian wants Alex to do well, but he also wants him to do the work himself as much as possible.

Alex’s derby cars, the last three years, did not do so well.

This year, Christian walked Alex through it step by step. Alex did the lion’s share of the work himself: design, sanding, painting, assembling. He even took it to my parents’ farm so his grandpa could “help” him cut out some wings. My father, being a farm kid, took that to mean that Alex would use the jigsaw himself, too, under supervision.

So when Alex’s car took first place for design and third place for speed last night, he was over the moon. 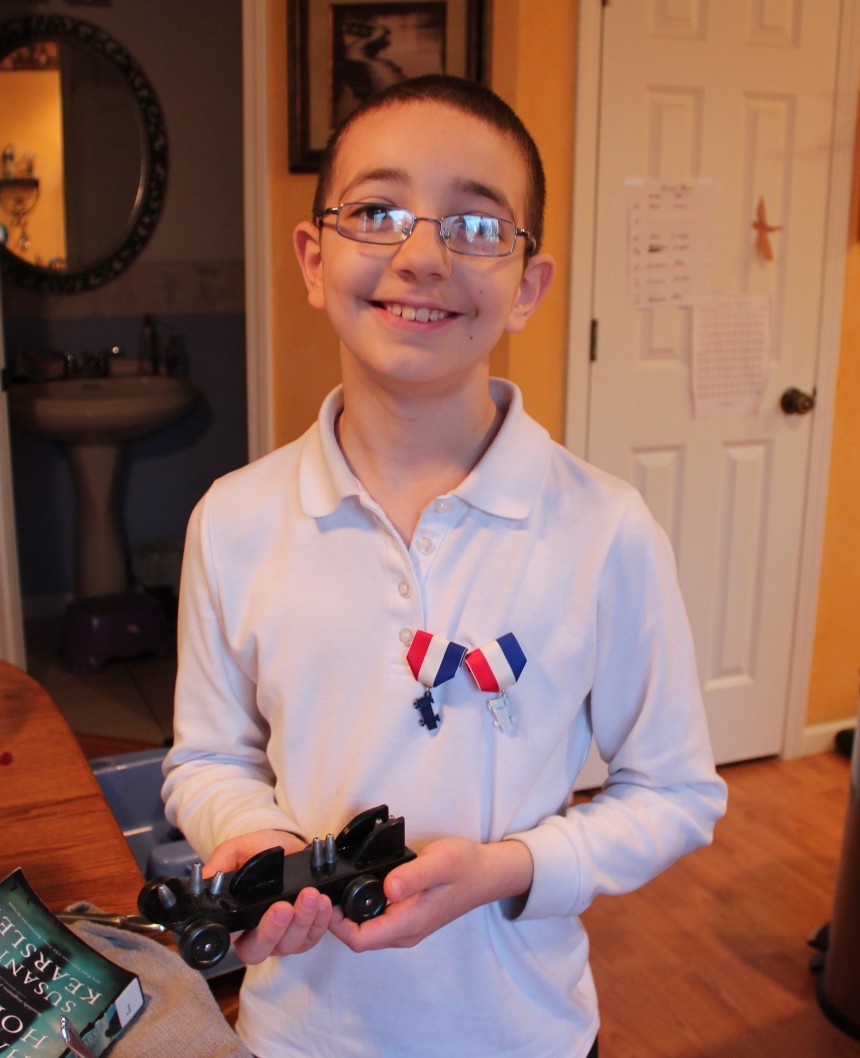