In the midst of the online debate about Ferguson last November, someone I know posted this status update on Facebook:

A little provocative, to be sure, but I found value to this point of view, and it was one I hadn’t heard anyone else acknowledging amid the screeching chorus of pointing fingers and moral outrage on both sides of the so-called conversation. What I saw in that status update was a clear-eyed recognition that the only way forward could not be imposed from outside, but had to be undertaken by the people for whom the issue mattered most–those in Ferguson.

So I shared the status. 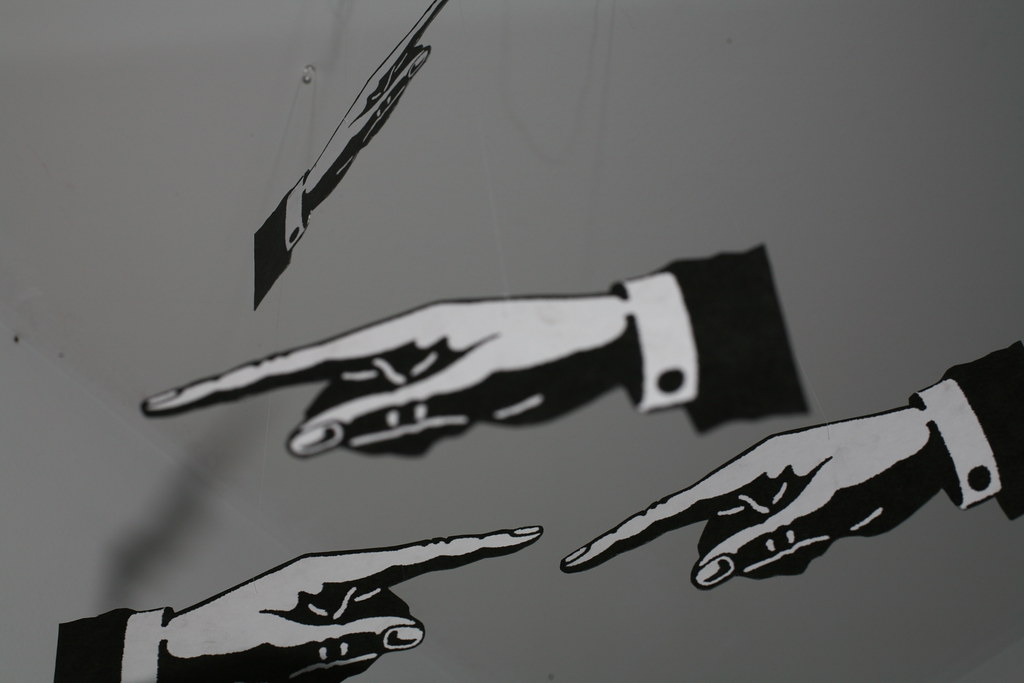 Photo by jetheriot, via Flicker

I cannot tell you how much I loathe those three words. There is no other phrase I can think of that so effectively shuts down discussion. What possible response can there be to that accusation? None. Any protest simply proves the point in the mind of the accuser.

So of course, I simply fumed in silence and swore off participating in conversations on the topic.

But I thought of it again this weekend, because this story appeared in my NBC news feed: Ferguson’s Future May Lie In The Hands Of Its Voters After Shootings, Unrest.

And I thought, Look at that. He was right. Now even the national news is saying it.

This is anything but blaming the victim.  It is a search for solutions. The final quote in the video interview with candidate Wesley Bell is: “I want to be a part of that solution. I think it takes people in the community to step up and do it.”

Solutions. That’s what it’s all about.

Bad things happen to everyone. When they do, it’s natural and even productive to think, “Did something I did cause or contribute to that?” You do this, not because you think you’re to blame, but to see if there’s something in the way you handled the circumstances that you need to rethink in the future, to try to avoid it happening again. You learn from the past, or the past repeats itself.

I can sit here and tick off a dozen examples of this in practice in the last couple of years in my own life. It’s never as simple as who was right and who was wrong, who’s the aggressor and who the victim. People always do what they do for a reason. They may not be good reasons, but the reasons are a result of people’s individual experiences. When bad things happen, we have to acknowledge that reality, if we want to move toward a better future.

2 thoughts on “Why I Hate The “Blaming The Victim” Argument”