When I heard the story on the news this morning, I couldn’t decide whether to laugh or do a face palm. There’s a new study out saying that women taking the newer-generation mini birth control pills have 3x higher risk of blood clots compared to women who don’t take oral contraceptives. But, they hasten to add, that doesn’t mean you should stop taking them.

I’ve come to a realization lately that I think all women, and frankly all men too, need to come to terms with. For me, it was a long time in coming, considering how obvious it is.

There is no such thing as sex without consequences.

Proponents of natural family planning and proponents of artificial means of birth control both seem unable to grasp this simple truth. The NFP community likes to harp on the side effects of birth control and its potential to damage human relationships. Those who use birth control deride NFP as ineffective and contrary to human nature because it requires people to fight their instincts to come together at women’s most fertile time.

We would all like to think there’s some magic bullet that takes away the sacrifice and, dare I say it, suffering that is part and parcel of reproductive life. We want to be able to enjoy the coming together without the side effects/consequences. There are basically three courses you can take: you can impose artificial controls on nature (contraception); you can work with nature (NFP); or you can do whatever you want and let the chips fall where they may. 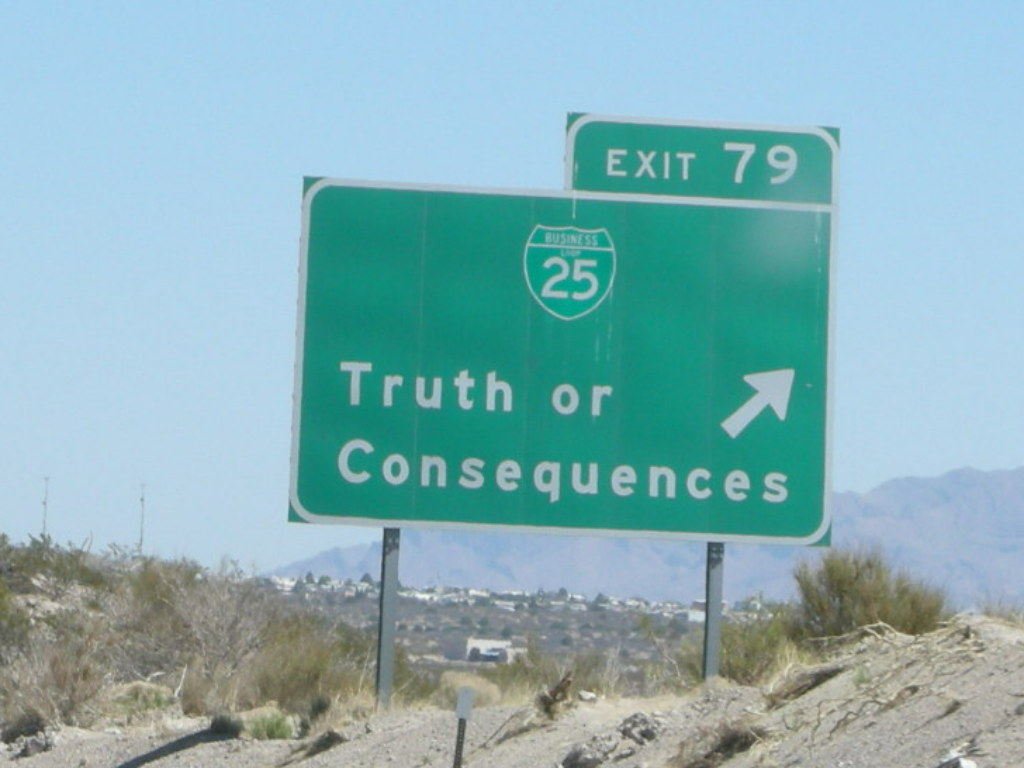 But every one of those paths has consequences.

If you use natural family planning, you have to deal with occasional (and for some people, frequent) ambiguity in the signs and the need to abstain when the woman is most interested in sex. There’s no question that requires sacrifice and, sometimes, suffering.

If you use chemical contraception, though–assuming it does what it’s supposed to do, and fools your body into thinking it’s pregnant already–you’re giving up that increased sex drive altogether. Which is why I find it puzzling when proponents of birth control criticize NFP for the abstaining when the sex drive is highest. I mean, it’s not like contraception solves that issue. And besides, there’s that whole thing about side effects, and environmental impact, and blood clots. Again: sacrifice, and sometimes, suffering.

Your third option is to let the chips fall where they may. You get the best of both worlds: sex whenever you feel like it, without side effects, without increased risk of blood clots. But there’s a natural consequence to that, too, and it involves bigger cars and bigger houses and a humongous grocery bill, to say nothing of college costs. And a lot of time pregnant and breastfeeding and exhausted. So again: sacrifice, and sometimes, suffering.

The reality is that sex does have consequences, no matter what you do. You can gnash your teeth all you like, but that’s the reality. Our job is to make the most responsible choice we can, based on as much information as we can. And the longer I’m involved with natural family planning, the more thoroughly convinced I become that NFP, while not without consequences, is the best option. It’s not the easiest, but it is the best–for women, for couples, for the world.

3 thoughts on “Sex Always Has Consequences”