My last year of high school I came to dread a question that everyone asked me. You know. “So what are you doing next year?” Truthfully, I wasn’t confident in my choices. I wanted to lash out at everyone who asked me—and I got asked a lot.

These days there’s another question that I dread being asked: “So how’s your summer going?”

It’s a throwaway question, a drop of oil on the gears of social interaction. 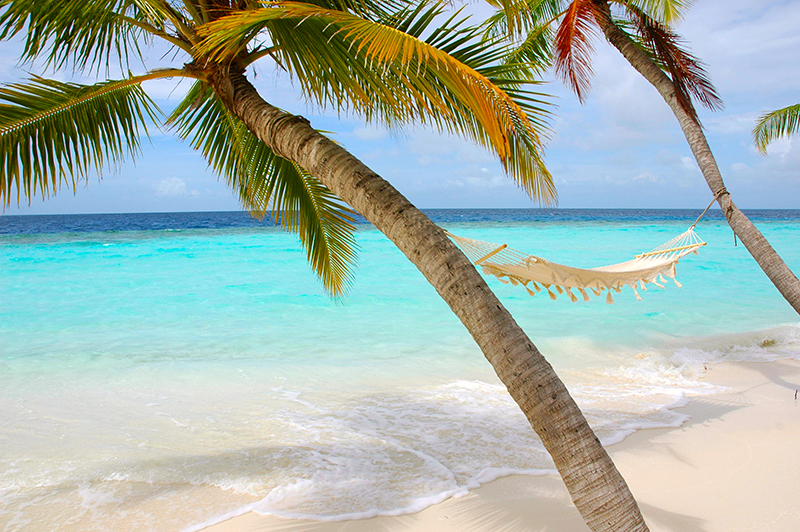 The socially correct answer to this question. (Image by muha…, via Flickr)

The trouble is, this summer is kicking my butt, and it’s very hard to obey the social niceties when that fact is the only thing on your mind. But I also dread being the complainer. 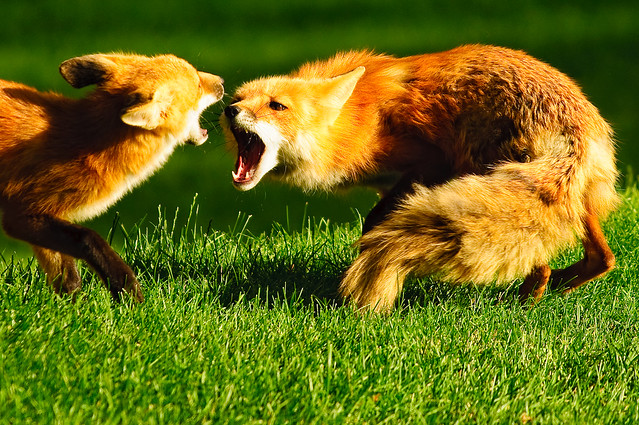 The honest answer to this question. (Image by David Kingham, via Flickr)

I can’t quite explain why this summer is so much worse than previous ones. We have a lot going on, I’ll grant you, but no more than during the school year, and it feels far, far worse.

Really, I think it’s a cumulative effect. During the school year I am not responsible for the morning dropoff. Now I am. During the school year I have a carpool to cut the afternoon pickup commitment in half. In the summer, it’s all me. The boys are loving baseball and I like watching their enjoyment, but for crying out loud, we’ve been at this for three months. That’s a quarter of the year!

By late June, you don’t expect to be having to mow the lawn twice a week anymore—but I am. And the fighting in my house is epic. Epic, I tell you. Michael is stretching nicely into the worst age of all childhood—three—and has all the volume and knowledge of his own desires of an older child while clinging stubbornly to the toddler’s belief that the world can should and does revolve around him. He and Julianna both are excruciatingly difficult to coach through anything because you can’t tell what they truly don’t understand and what they’re pretending not to in order to get out of having to do what they’re told.

Nicholas is, well, Nicholas. Although in many ways he’s much better than he was a few months ago, he’s still a strong-willed child. And Alex, although he’s a darned good kid, is at the age where he’s yelling at and bossing ev.er.y.one.

And then there’s the fact that every one of them feels compelled to report on their siblings’ misbehaviors half a dozen times a day—all the while remaining sublimely clueless about their own violations. Splinter and plank, I’m telling you.

It seems to me that they walk around the house methodically throwing things on the floor for the express purpose of being able to step on them. They seem pathologically incapable of putting clothes away, no matter how many times they’re reminded. I tell them to do something and they ignore me the first, second, third and fourth times, until I explode and shout instead, and then they look all victimized, like it’s my fault. (You think I’m exaggerating, don’t you? I’m not. I counted the other day.) Getting out of the house with all the baseball gear seems a physical impossibility, despite the fact that they each have a friggin’ bag to keep everything together.

I have gone from having 3-4 hours a day of work time during the year to squeezing out a few minutes here and a few minutes there, virtually all of them peppered with the above drama. Thank God I took the summer off magazine features! But you know, once you start working from home, everything doesn’t just stop because the kids are out of school.

And the only solutions to any of the above involve even more time and attention from me than I’m already giving.

We had a serious “come to Jesus” convention in our household that spanned a) a twenty-minute lecture on the way to the ballfields, b) a mom freak-out before bed, when it became clear that the lecture had been ineffective, c) a loud venting-to-Christian session after bedtime, and d) sitting them all down on the couch before breakfast the next morning and telling them all the consequences of their cumulative behaviors.

Yesterday I only had about twelve violations. Which is a huge improvement, if that tells you anything.

The danger in putting things like this out there is that people always want to advise you, offer solutions that quite clearly I can’t have thought of or I wouldn’t be having these problems–as if all the details necessary to make such judgments can possibly be contained in one blog post, to thus allow people to identify what I’m dong wrong.

Writing things like this, in other words, invites judgment.

I don’t need judgment. I have plenty of stress without it, thank you very much. All I need is empathy and encouragement. Empathy, because I’m sure there are others out there who are feeling the same way I am. And encouragement because, you know, obviously.

Pour some love on me, folks.

8 thoughts on “Summer is Kicking My Butt”