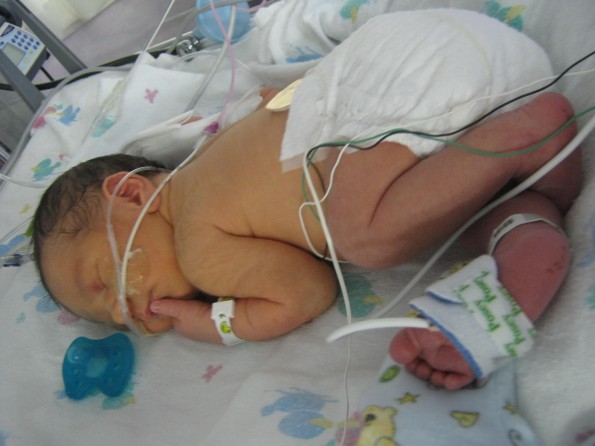 I didn’t get to hold Michael for the first several days of his life.

He took a swig of amniotic fluid on the way out of the womb, and then the corner of his lung collapsed, and even though he was three times the size of some of the babies in the “special care” nursery, there he stayed.

The nurses yelled at me for stroking his leg.

I bared my teeth and got them to let me nurse him a few days in. While he was at the breast his oxygen saturation was the best it had been since he was born. But sometime afterward, I left to rest, and his numbers dropped. They decided it was because breastfeeding had worn him out, and they didn’t let me nurse him again for several more days.

I was angry. But I was also Mom, not Nurse or Doctor, so I had no fact-based ammunition with which to argue the point. 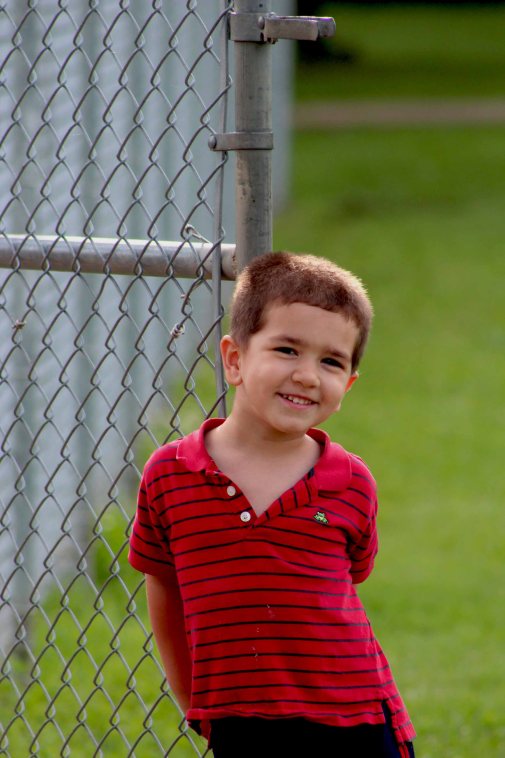 I really think that by the time they consented to give Michael to me to nurse and cuddle, he was just so grateful to be loved on that he figured he didn’t have anything to complain about–then or ever after.

He was a really happy baby. I remember being awakened for night feedings by cooing and kicking instead of crying. Not that he never cried, but he sure didn’t cry as much as certain other siblings. He was the only one of my kids I could actually put in bed still awake, and he’d go to sleep on his own.

He’s always been a happy kid, easygoing and in most ways, a breath of fresh air. Once you’ve had a strong-willed child, you start holding your breath about how the next one’s going to turn out.

Of course, he’s freakishly advanced in physical terms, which means his capacity for destruction, compared to his siblings at his age, is also greater.

Still, he’s a sweet, sweet kid. And I’m so enjoying him. More so than I enjoyed any of my other kids at the age of three.

I’ve been thinking lately how much I love nap time. I used to get judgmental when people said it was the best time of day, but in those few minutes we are totally focused on each other. The tucking-in ritual is steeped in tenderness and giggles. Michael and I have built understanding and trust. I ask his permission to kiss his tummy, and he says, “Nice kisses” and knows I won’t gobble him, even though I long to. Sometimes he even asks for a raspberry. “A BIG raspberry!” he specifies, and woe to me if he deems it not big enough!

And then of course, he says, “You’re so nice, Mommy.” Melting, I tell you. Puddle of goo.

He gets the biggest kick out of giving me hugs and kisses, because it makes me melt. I admit, I encourage this. I want him to enjoy giving me hugs and kisses. I don’t want him ever to start to feel like it’s a burden he owes. A lot of times I’ll prop one knee on the floor and lay the rest of my body down on the toddler bed beside him, and he wraps his arms around me as we lie cheek to cheek.

Nap time is the best. The only reason I leave at all is that I have so much work to do.

Even bedtime isn’t the same, because at bedtime I have other people who need me. Other kids to tuck in, a marriage awaiting its own focus time. I don’t get to linger in the bedtime ritual.

I think it must be inevitable that you have a different relationship with the last child. Three has always been a tough age for me as a parent. By the time the other three were this age, I already had a baby again. With Michael I’ve been able to savor and take the time to tease him to laughter when he gets a grumpy expression. He has a keen sense of his own rights as an individual, but once he realizes I know what he wants and he will get another turn with the Wii/car/pirate sword, his resentment clears up.

Three seems easier this time around. Is it because I’m paying more attention? Is it that I am just that much better at parenting? Is it as simple as having time, because this time there’s no baby in the house peeling my focus away? Or is he genuinely just a more easygoing kid?

I would imagine the answer is “all of the above.”

2 replies to The Beauty of the Youngest Child