Today it is all about this guy: 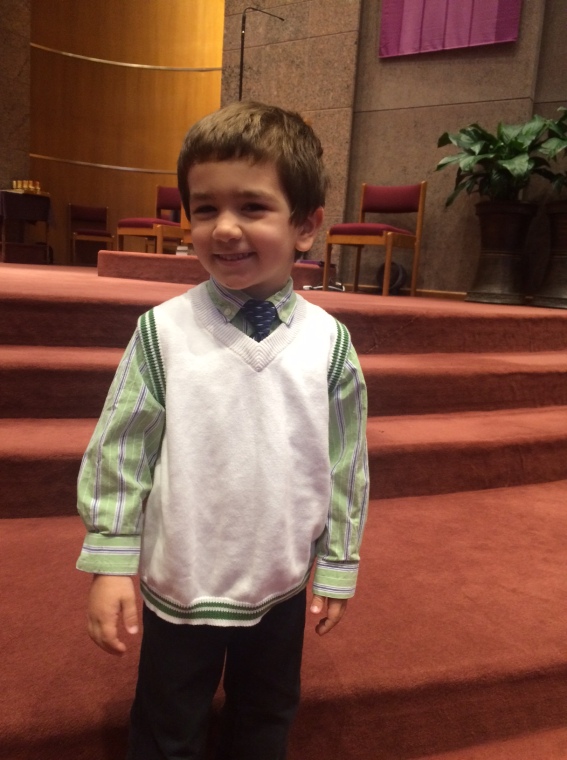 …because it’s a big day in his world. Michael is a big four-year-old!

It’s a big day in our world, too. You see, age four means we finally, finally are legal to leave behind those stupid five-point harnesses. That’s a milestone we’ve been looking forward to for a long time. It means, to us, that getting in and out of the car will be a whole lot easier. They’ll all be able to buckle and unbuckle themselves. It means there are now two front seats available, so everyone gets more turns up front. To him, it means the opposite: that he gets to sit in the back. 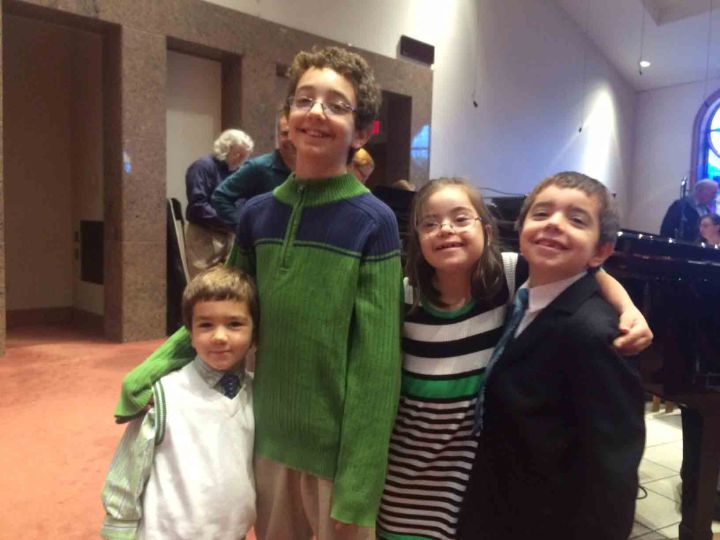 Every so often, something miraculous happens. Like all the kids dressing themselves for church, and three of them choosing the same color, with the fourth coordinating. What are the chances???? *

He’s such a sweet, good-tempered boy. Except when he’s not, of course. We’re having to crack down on the “the world is ending” cry. You know, the tone of voice that brings parents running, because clearly something devastating and hospital-worthy is going on? Michael has perfected the art of crying wolf on that account. Like, you know. My brother took, or had first (I’m never sure which), the toy I want.

These are the things I want to remember:

(You won my heart there, sweetheart.)

* Photos taken with an iPhone, not a real camera. Hence the blur and the poor exposure. I’m getting just good enough with a DSLR that I must disavow mediocre photos on my blog!