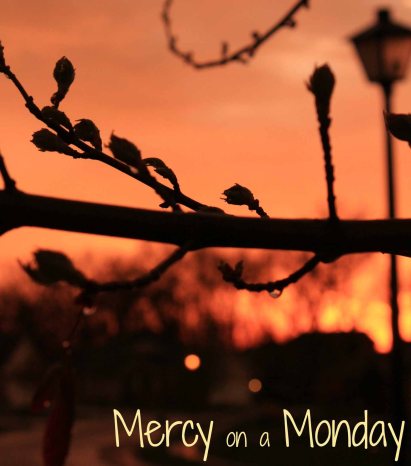 Sometimes I take things too seriously.

Shocking, I know. No one would ever have guessed that from reading this blog. (Ahem.)

For five months I’ve been focused on how hard mercy is to live out. And it is a challenge, each and every day. But that doesn’t mean it has to be a drudgery.

Alex and I spent the month of April with a handful of his classmates, building a boat out of cardboard. I had never heard of such a thing before, although apparently cardboard regattas are a not an uncommon phenomenon. This one is a fundraiser for the Central Missouri Food Bank, and we learned about it because it is sponsored by the radio station that is partner in education with Alex’s class.

(You catch a couple of glimpses of Alex’s team right near the beginning of this video, in a white boat with gray “pages” painted across it. Their boat was called the “5th grade chronicles,” and they all dressed as their favorite book character.)

Although his interest in the project had everything to do with the words “build,” “boat,” and “cardboard,” and nothing at all to do with “works of mercy,” it was the latter that made me commit to participating despite April being an exceptionally intense scheduling month.

Cutting cardboard, using Gorilla glue and caulk doesn’t feel much like a work of mercy. But we also did a 5th grade bake sale before school one day—fifty cents per item or three for a dollar. It was twenty minutes long on a Friday morning, and it made almost five hundred dollars. It was a wild twenty minutes, that’s for sure. And that? That did feel like a work of mercy, because all of that money went to the Food Bank.

On a drizzly Saturday morning at the end of April, we all met at a lake and the kids climbed in their boat. We had no idea if it was constructed such that the mathematics of displacement would keep them afloat. For all we knew, the boat might go straight to the bottom the moment it cleared the shore. Alex was kind of hoping to sink—just “not right away.”

They didn’t sink; in fact, they won their race. The moms who supervised and directed the construction were feeling pretty pumped and empowered afterward. And it was a good reminder that mercy doesn’t have to be wrapped in solemnity and constrained by knowledge of the world’s suffering. Sometimes mercy can be, well…fun.

For more “Mercy on a Monday” posts, click here.