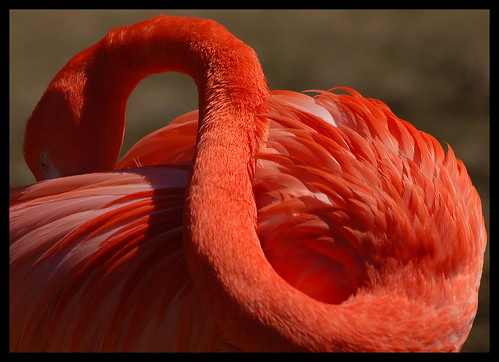 I suppose I’ve always known I was an “introvert.” I just didn’t realize that identity had its thumbprint on every aspect of life. I thought being an introvert just meant I have incredible anxiety about making cold phone calls and meeting new people.

So reading the book Quiet: The Power of Introverts in a World That Can’t Stop Talking, has been a bit of a self-revelation—and affirmation

“Many introverts are also ‘highly sensitive,’ which sounds poetic, but is actually a technical term in psychology. If you are a sensitive sort, then you’re more apt than the average person to feel pleasantly overwhelmed by Beethoven’s ‘Moonlight Sonata’ or a well-turned phrase or an act of extraordinary kindness. You may be quicker than others to feel sickened by violence and ugliness, and you likely have a very strong conscience.” (p. 14).

Check. At the dress rehearsal for our Stravinsky-Prokofiev concert in April, I started crying when the choir sang their excerpt of Rachmaninov Vespers. And check, for how I watch the news. And check, for the conscience.

“Introverts are more likely to function well without sleep and learn from our mistakes, delay gratification, and ask ‘what if’.” (p. 3)

(Description of a Tony Robinson seminar, where everyone’s dancing. “I stand somewhat peevishly with arms crossed until I decide that there’s nothing to be done but join in and hop up and down along with my seatmates.” (36)

Check. This makes so many things crystal clear–my problems with the “ice breakers” and emotional manipulation that so many religious retreats undertake is just like this: participate or be looked down upon, even if it’s not just outside your comfort zone, it stands at complete odds to the way you express yourself as a human being.

“I realize it’s not true that I’m no longer shy; I’ve just learned to talk myself from the ledge (thank you, prefrontal cortex!). By now I do it so automatically that I’m hardly aware it’s happening. When I talk with a stranger or a group of people, my smile is bright and my manner direct, but there’s a split second that feels like I’m stepping onto a high wire.” (119)

“…most of us…(believe) that venting anger lets off steam. The ‘cartharsis hypothesis’—that aggression builds up inside us until it’s healthily released—dates back to the Greeks. …But…scores of studies have shown that venting doesn’t soothe anger; it fuels it. We’re best off when when we don’t allow ourselves to go to our angry place. Amazingly, neuroscientists have even found that people who use Botox, which prevents them from making angry faces, seem to be less anger-prone than those who don’t, because the very act of frowning triggers the amygdala to process negative emotions.” (233)

Check. This one really hit home, because in recent history, expressing my negative emotions has only led to drama and added stress. It occurs to me that maybe my go-to way of dealing with conflict, which is to avoid screaming matches and look for solutions rather than fling angst into the world, is actually a better way to go, even if human nature just wants to lash out and assert my own right to be seen, my feelings considered. This has large implications for conflict resolution, both with my children and within my larger circles, that will have to be explored in much greater depth over time.

In the end, reading this book made me realize it’s okay to prefer a one on one, or two at most, structure for social gatherings; it’s okay not to like clubbing, to find booze-fests unappealing. It’s okay to prefer to hunker down at home. It made me understand that my aversion to loud music you have to scream to talk over top of is actually a part of my nature, not an acquired taste I can and should overcome. It made me understand that being exceptionally sensitive to what others think of me is part of what makes me strong–not some psychological hangup I need to get over.

It made me realize, too, that although I’ve learned to act like an extrovert in order to cope in a world catered toward extroverts, there’s good, solid rationale behind suggesting that extroverts could benefit from acting more like me, too.