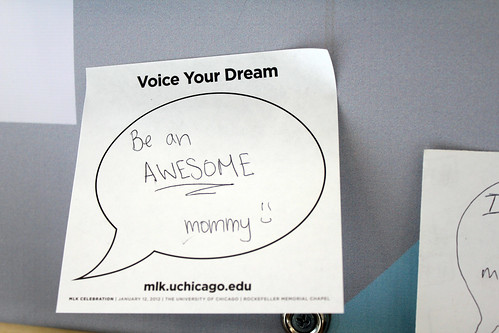 It’s happening more and more often these days. I find myself frustrated with something my kids are doing (or not doing), saying (or not saying), and I think: Did we act like this when I was a kid? How did my parents deal with this?

There are long stretches of life when you sort of glide through life and you feel like you’re basically doing okay. There are bumps in the road, but they’re just that. Not crises. Just little bumps.

And then there are times when you see what your kids are doing and you think, Did I cause this? Is this my fault? Am I somehow teaching them this appalling behavior without realizing it?

Those days, it’s really easy to feel like a failure as a parent, and not even really know why.

My kids fight a lot in general, but it seems much worse lately. They’re all in each other’s business. The mantra of my early-childhood-parenting years– “You take care of you” –seems to have lost its effectiveness. My entire life seems to consist of statements like, “It is NOT your business to tell your brother to eat his vegetables!” and “Did I ask you, or did I ask your sister?”

It goes without saying that they are calling out their siblings’ misdeeds while blissfully (or willfully) ignoring their own transgressions.

Worst of all is yelling at one of them for being a bossy busybody, and then having to turn to the victim of the bossing and tell them the bossy busybody was right. I mean, that’s a no-win situation! I have to choose between affirming Busybody’s busybody-ness or letting Lazy child get away with Laziness!

And it all escalates, and parental tempers short out, sometimes in public, and it’s embarrassing and potentially relationship-damaging, and I circle back to this question:

How did we get here? What did I do to make it happen? Because it surely has to be something I did!

My middle- and high-school journals are filled with the word “lecture.” As in, complaints about parental lectures. Remembering this, I’ve tried really hard to keep my own parental lectures compact. I don’t want them to tune me out; if all I’m doing is flinging verbiage at a reflective surface, I’ll only increase my own frustration.

But it’s hard, because I’m so sick of giving the same instructions over and over and over and over. How many times have I told children to flush the toilet and wash their hands? Why do they still need to be told this every time they exit the bathroom?

How many times have I said, “Put your shoes IN THE CUBBIES”? or “Put the toy/book AWAY,” and the first response is crickets, the second is to pick up said item and lay it on the stairs, the third is to carry it up or down the stairs and drop it on the floor?

I often feel like my parenting consists of a) instructions followed by b) the need for consequences. This is not okay. I mean, how many times a day can you take away screen time, which is the only thing they actually care about?

In the toilet training years, people are always saying, “Oh, don’t stress about it, no kid goes to kindergarten in diapers. It’ll happen.” I’ve always wanted to shake people for saying that, because kids don’t just magically do it on their own. They have to be taught—even Michael, who did sort of magically train himself, needed several months’ worth of parent-led practice first. If the parent has to lead, it’s the parent’s JOB to stress out about it.

That’s the way this feels, too. Part of me whispers, Chill, Kate. They’ll grow out of it. And then I think of families I know in which the adults really still don’t get along all that well, and I think, Um, I’m not so sure I can count on them“growing out of it.”

On Monday, one child lost his privileges.

Tuesday is a no-screen-time day, anyway.

We shall see what happens today.