Yesterday morning, I was scurrying through the bathroom on the way to do something with some kid to get them ready for school when I heard the radio announcer talking about a show that night, and having tickets to give away. When I realized what the show was, I dove for the phone, because except for Christian, we were uncommitted and this was one of the shows I had intended to try to get tickets for in the first place before, well, the last few weeks happened.

So I got the tickets and I told the kids we were going to an acrobatics show, but I didn’t really know what it was, and truthfully I was kind of nervous, because I was tired and emotionally drained and the last thing I wanted was to have to buck up four whiny attitudes, and I was terrified that I’d remembered wrong and what we were getting ourselves into wasn’t at all what I was expecting.

Well, it wasn’t exactly what I’d been picturing, but it was one of the coolest shows I’ve ever seen. I wince on behalf of my community, which didn’t attend it well, because I can’t imagine the audience that wouldn’t like it:

In a week when sorrow feels numb and outrage feels impotent and discouragement is threatening to feel like despair at the end of a series of weeks that feel like being on the receiving end of a whack-a-mole, I am so, so grateful for an hour of pure delight and wonder and escapism…with no need for violence or villains.

And the fact that all my kids adored it…even the tween who hates EVERYTHING.

And the wonder of watching what the human body is capable of.

And secondhand scarves, because I love scarves.

And a good conversation with a friend.

And the tone of my husband’s voice on the phone in the background.

And the return of anxiety, because it’s teaching me about the relationship among anxiety, scrupulousness, and hampered spiritual growth, and challenging me to move forward.

For a good air-clearing within my marriage about where we stand on a particular point of stress in our world, which may be a baby step, but it’s still the first step forward.

For a weekend of baby love, and the promise of another one coming up. 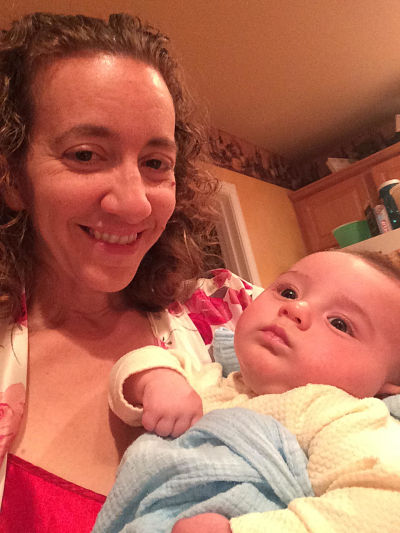 And for a woman willing to spend a weekend with my crazy kids so we can have aforementioned baby love weekend.

For a massage. Because maybe my back won’t hurt in the middle of the night tonight.

For college students who want to work with the Down syndrome community…because we have so many ideas and zero time and energy to bring them to fruition!

For dipping below 130 on the scales again, however fleetingly.

For being too busy to cook desserts, which makes it slightly more likely that I could pull it off two days running.

For homemade yogurt and kombucha, and the way I feel different…even if it’s totally psychological.

And for homemade sourdough bread.

And a really good walk this morning.

And rain. Because oh, how we need rain, with our crunchy grass in September.

That’s my gratitude list. Are you thinking of yours?