(Warning: if you are squeamish about breastfeeding and related anatomy…DO.NOT.READ.)

It began with the words, “Mommy can you s-nugga me?”

“Of course I can snuggle you, Julianna. C’mere.”

Julianna cuddled up under my arm as we settled in for bedtime prayers. The younger boys were being pokey, as usual. Julianna rested her head against me for a minute and then raised her hand to point to a particular part of my anatomy. “Mommy, what, are, these?”

“We’ve talked about this before, Julianna. Those are my breasts.”

“Yes, you’ll have them someday, too.”

“That’s how I fed all of you when you were babies. That’s how mommies give milk to their babies.”

Alex, up on the top bunk, emerged from the depths of the Deathly Hallows. “I always liked watching you with that milking machine.” 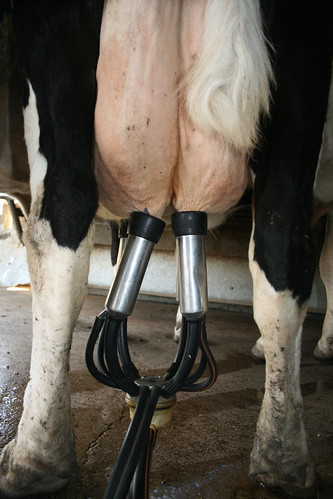 “That would be called a ‘breast pump,’” I said, wincing.

“No, the milking machine. I liked watching the drops fall in the bottle, and then you poured it all in those plastic bags and put it in the freezer.”

“When are you gonna use the milking machine again?” This from Nicholas. And at that point, it was clearly time to pray and send kids off to dreamland.

Eighteen hours later, I gave Nicholas a job: “Here. Take this and put it under the chair in my room. You know, the chair in the corner by the window?”

Blank, then a sudden clearing of expression. “Ohhhhhh!” he shouted. “The MILKING CHAIR!” 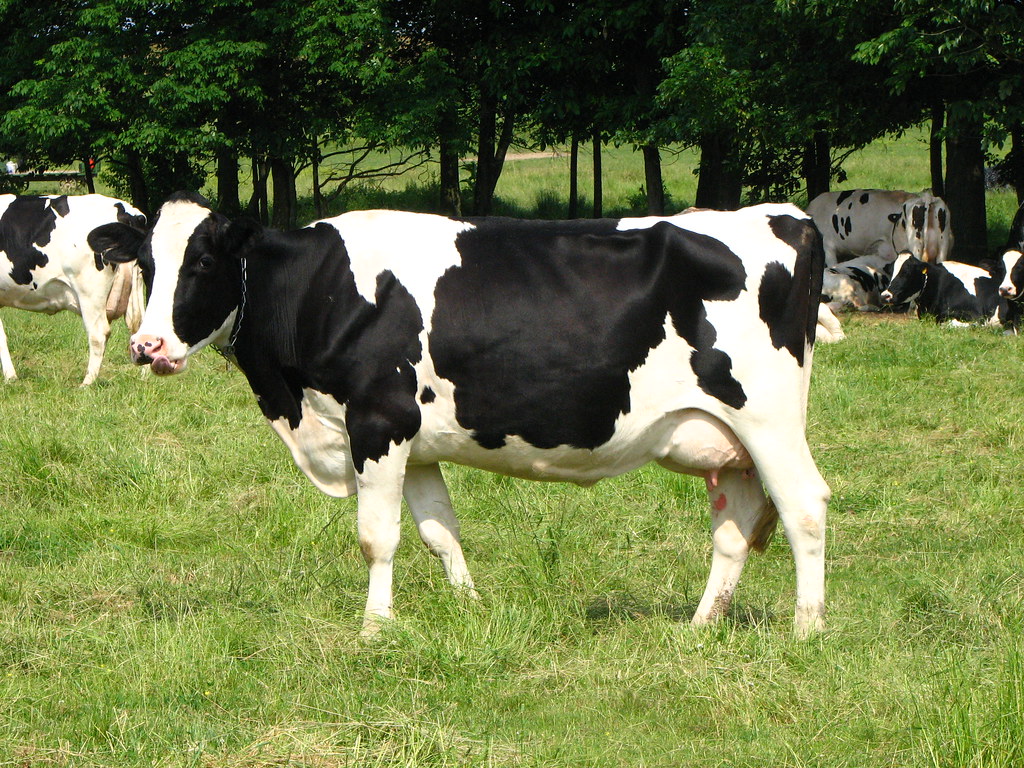 Two hours after Julianna was born, I was chomping at the bit, feeling irritable that they hadn’t brought her in for her first nursing, and trying to be patient. Then, of course, the doctor came in with the news of her chromosomal giftedness, and I don’t remember a whole lot after that.

I think we were already in our postpartum room before she came, and I had already received a visit from the stellar lactation consultant, who was guarded in her words. Kids with Down syndrome, she said, could probably nurse, eventually. But not to be discouraged if it didn’t work up front.

I was a trembling nervous wreck when my daughter came into the room at last, with backup in the form of nursery nurse, there to help with latch. Not at all what I had expected as a second-time nursing mother. But I drew my fragile baby into position, and Julianna latched on as if she was born to nurse. (Which, of course, she was.) The nurse’s jaw dropped, and she turned and dashed out of the room, returning two minutes later with the lactation consultant to crow and cheer. I felt a hard gleam of pride in myself and my daughter. Take that, Conventional Wisdom. Score One for my child. Teach you people to tell me what my child can and can’t do.

And then we went home, and it got a lot harder. My milk came in, and there was plenty of it, but she couldn’t stay latched, because she couldn’t breathe, thanks to the holes in her heart. She fell asleep almost as soon as she hit the breast. The girl slept all the time. Being well-experienced in plugged milk ducts, I was kind of a freak about the whole thing. It feels counterintuitive to work as hard as I did to keep her awake, to wake her over and over again. Dr. Sears says to aim for ten minutes of nursing—actual nursing—with kids with DS, and so I became a clock watcher. Often, I spent more time waking her up than I did nursing her.

Through sheer stubborn determination, I managed to do it–through a week of around-the-clock pumping when she was 5 1/2 weeks old and on a ventilator with RSV, through the weak oral muscles that meant that nursing = latching…over and over. I once told my mom that we latched a couple dozen times in a “10-minute” nursing session. “Ouch,” she said. I thought about what I was claiming and realized it sounded patently ridiculous. So I counted. I reached 18 latches in the first three minutes, and decided it was time to stop counting.

I share this because, despite the difficulties, we did it. She nursed exclusively until solid foods, and then she continued nursing until, at 16 months, she weaned completely.

It was really hard, but I don’t regret the experience one bit. For one thing, it gave me an intense confidence as a parent—more even than nursing Alex had given me. But more importantly, she needed all the health and developmental boost she could possibly get. That alone made it worthwhile. Nursing was a gift I could give her, one that she needed more than most.