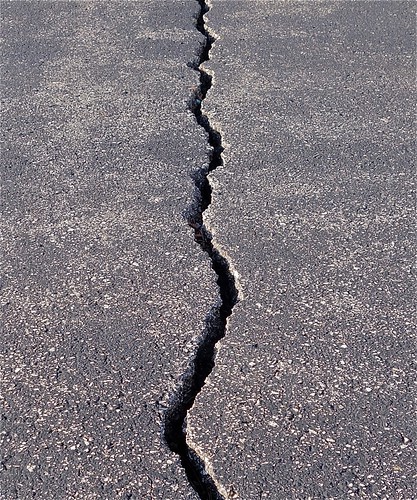 Sometimes I think you guys must get tired of me saying the same things over and over. Like this:

The world isn’t black and white.

I know everyone knows this, but people don’t act like they know it.

I read an article yesterday called “The Rise of American Authoritarianism,” which addressed the bewilderment so many of us feel at seeing how the election has gone this year. Much of the article made sense. Frightening sense.

The problem I had came relatively early on, when the author talked about how social scientists had identified people with “authoritarian” tendencies. They asked four questions about parenting philosophy:

I wanted to pull my hair out. Really? You’re going to force people to answer that as an “either/or”? I mean, no doubt there are people out there who would choose one or the other. But surely the vast majority of us recognize that good parenting means developing all of those qualities.

I mean, self-reliance is a critical thing to learn, and I’m all for getting kids to understand why a certain choice is necessary in a given situation. (Critical thinking, you know.)

On the other hand, when kids grow up and have, y’know, a BOSS, they’re going to have to do as they’re told, because they’re told to do it. Period. Parents do their children a grave disservice if they never teach them that obedience is, in fact, a vital interpersonal skill.

Likewise, how in the world can you rate “considerate” and “well-behaved” as an either/or? They are, by definition, intimately entwined.

The answer to every one of these questions, in other words, is “both”!

Now, I can’t deny that the conclusions the research drew from these either/or questions predicted people’s likelihood to jump on a certain bandwagon. What I can tell you is that if the researchers had asked me those questions, they would have gotten several earfuls on the topic, and a flat refusal to be boxed into a black and white answer when clearly, it was NOT a question that had one. (I’ve only been “push-polled” once, and I ended up snapping at them that since they were clearly trying to change my mind with half-truths, I was hanging up. Interestingly, I’ve never received another push-poll call. I really wish they’d try again. I’m so much better prepared now.)

We have got to stop treating the world as if it’s black and white! I know it’s a crazy busy world, full of distraction and frantic running from point A to point B, and we’re all desperate for someone to boil down the complexity into terms we can process quickly, without expending lots of mental and emotional energy to discover that there is no simple answer.

But we are leaping joyfully into the maw of people who manipulate us, who seek to whip us into a frenzy by screaming, for example, that Obama’s going to party hearty instead of attending Nancy Reagan’s funeral. (Incidentally, please do click that link.)

It does not speak well of us as human beings.

It especially does not speak well of those of us who claim to be Christians.

We must think critically. We must accept the complexity of the world, in all its exhausting reality, and question everything that seeks to reduce things to black and white.

It is not that simple. It’s never going to be. And the more we try to pretend otherwise, the more angry and nasty our public interactions will be.

I want better than that. Don’t you?