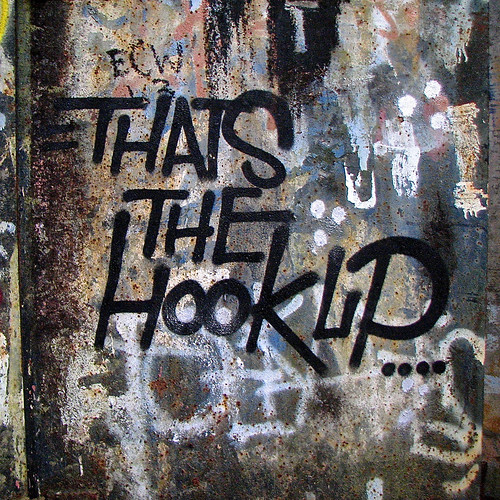 This article, “Tinder And the Dawn of the Dating Apocalypse,” was shared on my Facebook feed last night. I’ve heard about the hookup culture, but this lengthy and detailed look at it was truly nauseating. I’m going to let it speak for itself today and offer the combox for thoughts and discussion, if others feel so inclined. I only ask this: if this is how young women experience sex, why are they going for the hookup culture? If what is laid out in this article is the common experience, women are getting neither physical nor emotional fulfillment out of this. They are hurling themselves onto the altar of objectification and getting absolutely nothing from it. Why?

Recently I read two books back to back by women writing from a liberal feminist perspective: Bad Mother and Cinderella Ate My Daughter. Both books came highly recommended, and while reading, I found myself sometimes nodding my head emphatically, and other times shaking it in despair. The part I want to address today is the inconsistency in contemporary attitudes toward sex.

Both women recognize, rightly, that sexual expression and self-image are intimately entwined: that abuse in one area will lead to abuse in both. Ayelet Waldman talks about sleeping around—she uses the words “double digits” to describe her college partners. “I cannot recall ever rejecting an advance, and I know I never felt good afterward. On the contrary, I felt used and dirty, at once manipulative and manipulated. I hated my reputation; I hated the sex.” Peggy Orenstein spends an entire book fretting about the inevitable progression from beauty-centered innocence (Disney princesses) to beauty-centered sluttiness (à la Britney Spears & co.). It bothers her to see women objectified this way.

If you haven’t been exposed to Theology of the Body, that word, “objectification,” may be totally unfamiliar. The idea is that instead of seeing a person to be loved and valued, you see an object to be used. And yet Orenstein emphasizes that she hopes her daughter will have sex—“lots of sex”—before she’s married. That was the point where I wanted to pull my hair out.

What these women, and all who express the same frustrations, don’t get is that when you hold up multiple partners and child-proof or premarital sex as a standard of behavior, you automatically reduce women to objects of lust.

Maybe you think I’m overstating the case. But consider: this culture has spent decades training people to view sex as the ultimate sales tool, the ultimate goal of every romantic relationship. You can’t spend that many years using women as sex objects to sell products without the women themselves becoming an object. Last night, I was walking up to the pool with my boys after dinner, wearing the only bathing suit I own that actually fits right now, in this weird time between regular and maternity wardrobes. This swimsuit fits because it is badly stretched by three summers as a nursing mom. As we approached the 4-way stop, a youngish guy at the intersection sat in his car and stared brazenly at me for a full five seconds. I was frizzy-haired, wearing Coke bottle glasses, carrying a bag and two towels and hauling a wagon with a two-year-old in it. Folks, he was not marveling at my dazzling wit and caring heart.

Almost universally, women—regardless of political, religious or philosophical persuasion—agree that the treatment and portrayal of women in advertising and media is infuriatingly unjust. Bare a woman’s breasts in a movie, and it gets an R rating. Bare a man’s genitalia and…come on, when’s the last time you actually saw that happen? They just don’t do it. This culture respects the male body (at least nominally), but the woman’s body is an object, one that is expected, by cultural norm, to be available to men.

Ladies, it’s time to take back our bodies. I’m not advocating a return to pre-sexual revolution ideas, because frankly, they were unhealthy, too. But it’s time to respect ourselves by saying:

My body is not your tool of pleasure. My body is a holistic part of me, and you will respect it as such. I will respect myself, and you, enough to treat the gift of sex and sexuality as exactly what it is: the ultimate expression of the best humanity is. This is not a gift that can be given to a dozen different people and retain any semblance of its original beauty. It is a gift that can be given only once. And only when we express it in a way that embraces the total package, unhampered by chemicals and barriers and surgical procedures, does it achieve its full potential for bonding people together and lifting them up.

This is what I will teach my children—both the boys and the girl(s). This is how I will live my life. And whether or not I make any difference in the culture by doing so, I can at least hold my head high and know that I am doing right by my children.