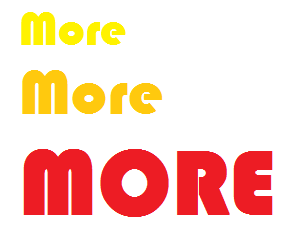 There was a period of several months recently when Julianna was constantly asking this question: when a song ended on a CD, at the end of a scene in a movie, whenever we got back in the van after running an errand or going to a lesson.

Lately, it feels like the two younger boys have taken up the standard she dropped. The whole time we were at the Lake last week, it seemed the moment we left one attraction they were demanding to know what the next one was. Frequently asking to do other things that weren’t on the agenda at all. Since we got home, I’ve been on full-speed ahead, trying to catch up with everything I didn’t have time to do before we left and while we were gone. And yet the kids are coming to me with deep sighs and saying things like “When do we get to go on the carousel?” and “I want to go to the arcade at the mall!”

I came down pretty hard on that last one. “We just went to an arcade–at the Lake!” I said. Quickly followed up by a (short) lecture on ingratitude and an attitude in which nothing is ever enough. (Because we all know how effective Lectures were when we were growing up.)

But short as that lecture was, I could see in their eyes that they Weren’t Getting It. And I took a look inside myself and had to wince at what I saw.

Because I have this problem, too. Christian ends every day by taking a survey, generally of what went right: what we accomplished, what he’s thankful for. Meanwhile I’m always fighting this rumbling dissatisfaction, this desire for more, more, more. If I managed to write a text for one verse, I’m dissatisfied because it wasn’t two. If I write half a chapter on a novel, I’m frustrated because it wasn’t a thousand words. Or because I’m afraid it’s episodic, and I’m terrified that it’s never going to live up to the potential of the concept. (Because this concept? It’s a good one. Really good.) When we finish a project, I feel a brief satisfaction, and then it’s right on to the next thing I haven’t gotten done yet. And of course, the list of things I want to get done literally never ends.

This is how I’m able to “do it all,” as people always put it, but it definitely has a dark side. I love everything I do, but, German-like, I have trouble drawing a line and letting go when it’s time to do so. I have trouble living in the moment.

But it drives me crazy when I see it in my kids. Perhaps it’s because they are trying to make their ingratitude my problem. I look at the kaleidoscope of experiences they’ve had and I’m just thunderstruck at how it’s never enough. I take a deep breath and I remind myself that kids are always clueless, self-absorbed, and developmentally incapable of the kind of awareness I’m able to exercise. I tell myself surely I was the same way, and this is just part of the process of raising holy terrors into holy men and women.

But I also think I have some work to do in my own soul. This Chade Meng-Tan book I’m reading is slow going because I feel I should be practicing, not just dinking around with it, and I have too many other irons in the fire to devote the time properly. But in the way it resonates with my experience reading Thomas Merton, whose words in turn resonated with what I have experienced sitting in nature, I know that the key to this whole puzzle resides in a quietness of spirit that has to be cultivated.

So there’s my next challenge. And perhaps—just perhaps—my efforts will enlighten my children’s lives, too. 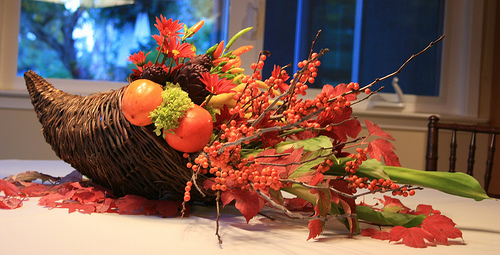 It’s the day before Thanksgiving, and the thing to do on such a day is to make a list of everything I’m thankful for, like some proof text to show that my heart is in the right place.

But I can’t make myself do it.

It seems strange for gratitude and sadness to occupy the same space. And yet I think they are inextricably intertwined. How can I pause to exist in the moment in my own, beautiful, privileged world, and not feel a moment’s pain for all those whose world is so much more stark, and painful, and frightening?

I’ve never been big on writing public “I’m thankful for” lists. It’s always felt a little self-aware, a little complacent, even. Everybody’s lists look the same. I’m thankful for my family, my home, my job…all good things, and I could keep a running tab of my blessings from now until eternity and never reach the end of it. And yet the more I think about what I’ve been given, the more I realize how much of what I’m thankful for is denied to an overwhelming number of others no less deserving. To make a public list feels like rubbing it in the face of those who’ve been dealt a crappy hand by life and an “accident” of birth.

The line between those of us who have and the multitudes who do not seems so clear. For the next five weeks or so, while we consume unhealthy amounts of food and add to our need for storage space, we’ll also be giving to various charities, both at home and abroad. But once that donation is sent, do we think about those people anymore? Or do we consider our duty done until next Christmas?

I know we’re not all called to give away everything in order to live in solidarity with the poor. But it’s so easy to get my blinders on and wander through my life focused on me, my family, my concerns. I can’t give to every organization that sends me “begging letters,” as my grandmother used to call them. But if all I do is send a hundred bucks at Christmas, and then wait twelve months to do it again—or at least, until a natural disaster or a refugee crisis looms—that feels wrong. Not enough.

I’ve never been a fan of pledging a monthly donation, but maybe the pain of having to make space for others, month after month, is exactly the point. Maybe I need to be afflicted every few weeks. Maybe I need to make room for that sadness, in order to truly live in a space that can be called…thankful.

When my husband was growing up, he lived a thousand miles from his cousins, uncles, aunts and grandparents. A family of eight does not travel well over that kind of distance, so generally they spent their holidays as a nuclear family, in their own home, by themselves, and they developed strong traditions around that structure.

When I was growing up, both my parents’ families tried to get together for one or the other of the big winter holidays, usually no more than two hours from our house. A family of six can’t travel well over large distances, either, but two hours is entirely doable. Thus, I grew up looking forward with all my might to extended family gatherings around the holidays. (Cousins rock, people. Right there’s a reason to have large(r) families.)

I always found the idea of a holiday spent at home, with nothing but your own family, incredibly depressing. To me, that’s sort of the point of the holiday: a break from the same people and surroundings you inhabit every day. I have always viewed a holiday spent with just us as the height of all that is depressing in the universe.

But this year, family circumstances are such that we spent Thanksgiving at home, by ourselves. My sister and her family joined us for Friday afternoon and evening, but outside of that, we were home alone from Wednesday through this morning.

And I am converted.

It was so relaxing. Our family is on the go All.The.Time. Having a super-long, unstructured weekend was a rare gift. It felt like a deep breath and a long, slow, relaxing exhale. I got to go to Mass and do Jazzercise on Thanksgiving morning, prepare a moderate Thanksgiving dinner (one vegetable, one starch, well, okay, two, but stuffing doesn’t count), eat it on my family’s schedule. We Skyped with a couple of family members, the kids played downstairs, and Christian and I pulled together some of what we needed to organize about our lives in the coming weeks. We’ve done most of our Christmas shopping already, so we waved off shopping entirely–Christian had to get an extension cord, and I needed to grocery shop, but both of us timed the outings to avoid the feeding frenzy. We took the kids to Chuck E Cheese on Saturday afternoon. We didn’t even have to play at church on Sunday, so we went to our old stomping grounds for late Mass in the gap between Michael’s naps.

At the end of this interval, the kids are sick of each other’s company, and everyone’s chomping at the bit to return to the routine. Especially me. 🙂 But I loved this Thanksgiving, and I hope we have more like it in the years to come.

There’s a lesson in this, if I can only figure out how to apply it more widely. More is not better, or richer, or more fulfilling. Less is not barren; a smattering of activity, strung jewel-like along a weekend, is beautiful; crowding ten times as many “jewels” into the same stretch of “rope” just looks gaudy and overwhelming.

Nothing surprising in that paragraph. But it’s nice to know it applies to holidays, too.