I think I know how the word “buns” came to be applied to the posterior of the body. I think it happened when a speech-delayed toddler said, “Mommy no bunna!” when he meant “stop squeezing my bottom.”

Speaking of Michael, he was an angel all day Monday and Tuesday. On Monday he tolerated five hours at a Down syndrome inclusion conference without a real nap. On Tuesday he tolerated school Mass, a recital rehearsal, a presentation to third-year medical students, a piano lesson, a rehearsal and a brief concert, and the tail end of his sister’s swim lesson—also without nap to speak of.

Speaking of school Mass, Alex got to be a cantor for the first time this week. And he was leading the psalm refrain. I tried so hard. Unfortunately, Mass begins ten minutes after Julianna’s bus is supposed to pick her up—and that’s if the bus comes on time. Which it didn’t. Folks, I tried to make it. The next door neighbors couldn’t put her on the bus because they had their own scheduling issues. One minute before Mass began, I put Julianna in the car and drove her to her school. Only no one was outside to supervise, and although other parents were dropping kids off, I was way too nervous to send my happy-go-lucky and more or less oblivious-to-reality girl in on her own. Consequently, it was 8:07 before I left her school, and 8:15 by the time Michael and I made it to church. I won’t bore you with the missed stoplights, the two, count ’em TWO, trucks full of concrete dividers, that I got caught behind—oh, whoops, I just did bore you, didn’t I? Ahem. Well, anyway, when we finally made it to Mass at 8:15 they were already on the homily and we had missed Alex leading the psalm refrain for the first time. I wanted to cry and throw things. I was not a very good Christian.

Speaking of being a good Christian, Julianna recently discovered Barbie videos and I let her watch them for a while until one day I was doing knee stretches on the floor and actually heard some of the dialogue. I was appalled. It was materialistic, Ken was an absolute alpha-male idiot who wouldn’t admit he was hot and thirsty, and Barbie felt her biggest job was to bring him tea while he was on the roof building her second dream home. None of those are messages I want my kids absorbing. I’m having to be really foot-down about no Barbie videos, because Julianna seems to have really attached to it. And Michael and Nicholas too, for that matter.

I’ve run out of “speaking of” connections. But we bought a laptop! Used. Newly wiped. New battery. About 1/5 of the price of a comparable new one. I’m feeling happy. I may not be feeling happy once I have to learn a new machine…because let’s put it this way: me and technology are not BFFs.

You were all so great about weighing in on the new author pictures, I’m going to ask you to opine on the flute pictures, too. What do you think: A or B? 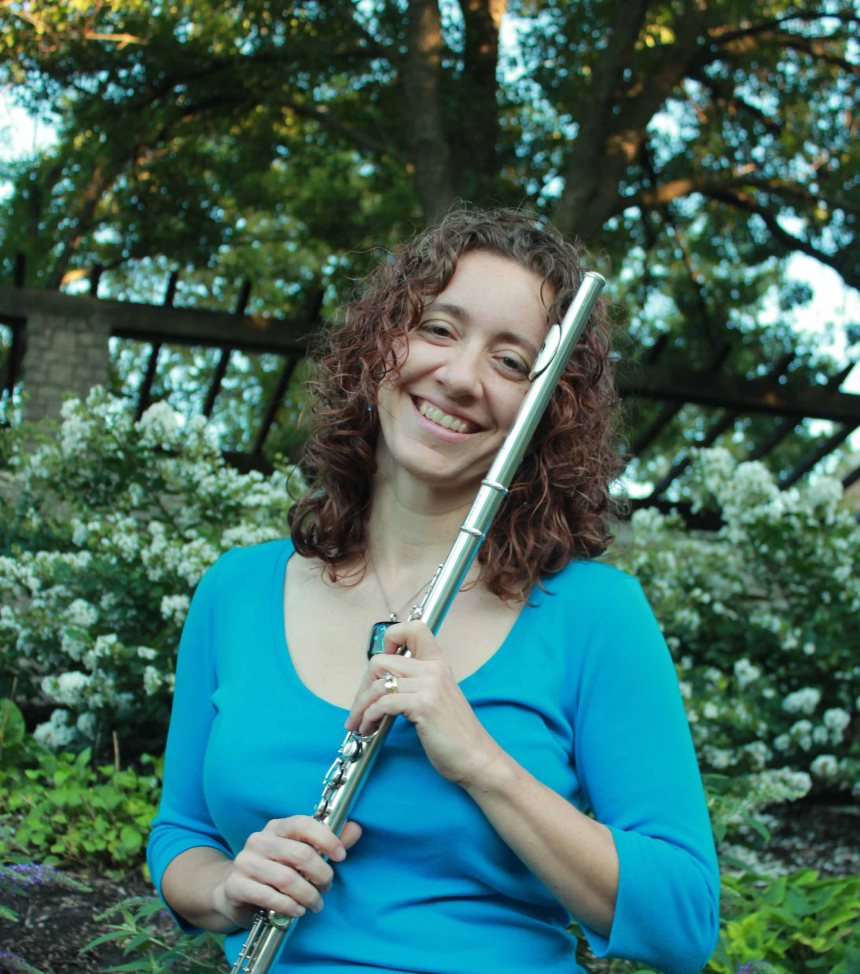 There was a period of several weeks this summer in which I felt I had slacked off and I had very little in the way of deadlines–i.e. “paying gigs.” I am a firm believer that God helps those who help themselves, and so I put forth a big effort to send out pitches and queries, not one of which came to anything–no response is as clear a “no thanks” as you can imagine–yet my work plate is full-up again and I’m in full project juggling mode. God is good.