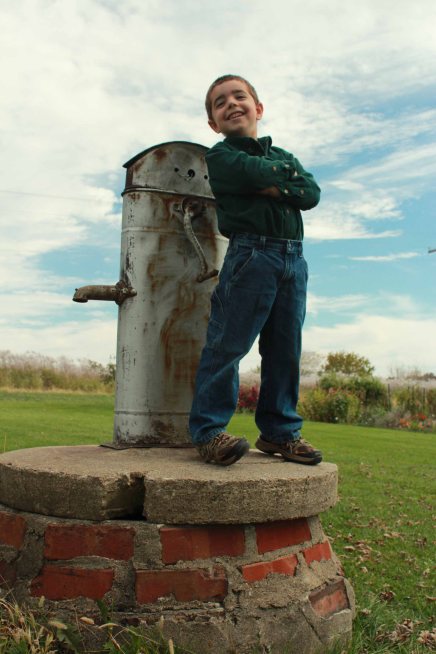 It was inevitable, I suppose, that my struggles with my strong-willed child were eventually going to reach the point where I had to do something. And since I’ve been a parent long enough to know that I have to take the lead on pretty much everything, I also knew the change was going to have to start with me.

Last spring I sat down with a friend and family member who has walked this path before me. She shared some of her stories and boiled down parenting a strong-willed child this way: 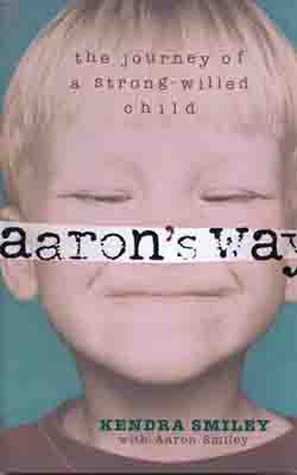 She gave me a book called Aaron’s Way: the journey of a strong-willed child. But the truth is, some of her stories intimidated me so thoroughly, I stuck the book on the shelf to await a time when I felt I had the emotional stamina to address it.

I uncovered it a couple of weeks ago, and I knew it was time.

Life with Nicholas had been pretty rough. He was doing things like hitting the kid who rides in our carpool. Kicking his brother’s seat–repeatedly, for the entire trip home, as the escalating reactions from his brother and his mother demonstrated his power and control.

Those after school hours are the worst. He crashes, as if he’s spent the whole day being good–and he’s very good at school–and now he has to let the demon ride. And it’s a hell of a demon, let me tell you.

I didn’t even like him. How do you think kind of admission makes a mother feel?

I read Kendra Smiley’s book and realized, first, that my child is not nearly as strong-willed as hers. And secondly, that although I can see that a well-formed strong-willed child will become a adult who can safely navigate a world full of pitfalls, I cannot consider myself “blessed with a strong willed child.” I just can’t.

I was kind of hoping for a step-by-step plan, and I was disappointed to find that was not the purpose of the book. In the end, it boiled down to those same lessons imparted by my friend and family member last spring:

What the book did, however, was tell stories from different families that illustrated the success and failure of adhering to or failing to adhere to these principles.

A few weeks ago, I told the boys to clean the bathrooms before the family literacy night at school. Nicholas really wanted to go. But he was not going to do that cleaning. Organic consequence: if you don’t do your work, you will not go to the literacy night.

The situation escalated predictably, and two hours later, with dinner on the table, he still hadn’t lifted a finger. In fact, he had spent the entire two hours lying on the living room floor repeating that he wasn’t going to clean a bathroom.

Two. Hours. He gave up two hours of his life to avoid a job that would take twenty minutes. If that doesn’t illustrate the mindset of a strong willed child, nothing will.

I was simmering, folks. But I was trying really hard not to boil over. 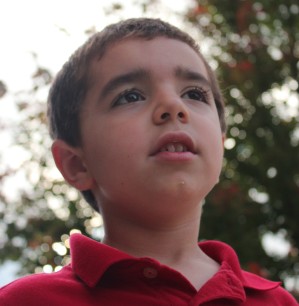 I told him it was dinner time, so he’d stay home and clean with Daddy instead of going to the literacy night.

When he realized I was serious, that child flew up the stairs and cleaned the bathroom. Did a pretty decent job of it, too. He chose to forgo dinner instead of the literacy night.

Well, he did the cleaning, so we let him go.

A few nights later I read a story in Smiley’s book that paralleled this one almost exactly. “Mistakenly, I thought I won the battle,” the mother wrote. “And then I realized that my three-year-old won, because she did exactly what she wanted to do when she wanted to do it and not when I asked her to do it. I actually lost the battle.”

I feel guilty if I require Nicholas to experience the pain of the natural consequences of his choices.

No wonder he’s so good at pushing my buttons.

In the past two weeks, I shut down all my buttons. The angry buttons, and the guilty buttons. And you know what? He realized on the spot that something had changed, and his behavior shifted on the spot, too. He’s not compliant by any stretch of the imagination, but he’s also not straining at the line in the sand as long or as hard as he was.

I’m not delusional enough to think my struggles with my strong-willed child are over. But I don’t feel helpless anymore. I don’t feel like a leaky rowboat trying to ride out a hurricane. And I’ve actually been able to enjoy most of the time I’ve spent with him…which is a good thing for both of us.

There is hope. Thank God.