While waiting for our dinner to arrive Tuesday evening (the Plaza restaurant, Magic Kingdom–brisket burger, as in, brisket on top of a burger patty), Julianna is writing in her homework journal: I saw Elsa and Anna. Christian is helping her spell and, as usual, pronounces it aaaaaaana. Nicholas shouts, “It’s not aaaaaaaana, it’s ahhhhhhhhna!”

“BUT YOU TOLD HER TO WRITE IT WRONG!”

Michael and Nicholas, wielding plastic cutlasses purchased at the Pirates of the Caribbean, are fencing by the Liberty Tree while they wait for Daddy to join us with funnel cakes. Michael, flexing his speech muscles, says, “I, am, Cap, tain, Huht! Hook! We, are, both, Cap-tain Huht!” We have many giggles about this, but it’s the next morning, back in the hotel room at Port Orleans Riverside, that the real hilarity ensues. Julianna and Michael have taken up swords against each other, and Michael, who knows that it’s a funny line, says again: “I, am, Cap-ain, Huht!”

Julianna, without missing a beat, shoots back, “We are Pirates who doh doo eee!” (We are the Pirate Who Don’t Do Anything!)

Busses are weird. We have universal regulations that force children to sit in masochistic five-point harnesses for seventeen hour car trips, and yet on a bus, they aren’t required to have any restraint whatsoever. School bus, monorail, shuttle busses. I find this dichotomy very puzzling.

The first morning, the bus we approached had all its seats filled. I asked, “Is there room for us?”

The driver chuckled. “For you and sixty-five more.”

I kind of thought he was joking. Until that night. And the night after. And the next, and the next. I actually stood on the rotating platform where the articulated bus turns. With my two children clinging to my legs to stay upright.

Speaking of Disney busses: the nighttime shuttles leaving the Disney parks encourage a strange, fleeting intimacy between complete strangers. Probably because we are sitting on each other’s laps and staring at each other’s waistlines at close range.

Julianna was in Heaven. She had captive audiences for twenty minutes. Well, she was in full-on Ambassador For Down Syndrome mode.

Someone asked me, “How old is she?”

“Seven,” I answered, and suddenly the bus driver—who was one of a kind, the only guy we had like this the whole week, cracking jokes and interacting with the passengers—shouted, “How many kids do you have?????”

“Oh, thank God!” he shouted. “You were about to give your driver a heart attack! You do not want your bus driver to have a heart attack, that would be a very bad thing!” As the can of sardines bus full of people roared with laughter, I couldn’t help thinking of the online families I know who do have seven kids.

This was a small crowd for the days we were there last week. Very small.

On the topic of “good times to go to Disney World”: If anyone ever tells you fill-in-the-blank is a great time to go to Disney, because it won’t be crowded? Read my lips: They. Are. Lying.

The week before Thanksgiving week is supposed to be one of the best times to go. But I’m telling you, I did not find our two days at Magic Kingdom noticeably different from the day we spent there on December 27, 2009—one of the busiest days of the entire year, the day they closed the park because they reached crowd capacity.

See how far we are from the castle? See those black things blocking the view? They’re heads. And there was a solid wall of them taking up the entire space between us and the castle. This is what a “slow” week looks like at Disney World.

Christian thinks I’m crazy. However, I distinctly remember that five years ago, we only had trouble navigating the park in the evening around the castle. All other times and places were fine. Plus, that day five years ago there were “magic hours.” We had the place virtually to ourselves for three hours before the crowds showed up.

This week, we came with the crowds and we stayed with the crowds. I had words with three different Disney employees because I was trying to meet up with my husband and there was nowhere to wait that wasn’t a “keep-the-crowds-moving-at-parade-time” walkway. I chewed on those altercations all week, trying to decide if I was at fault or if they were. I finally came to the conclusion that it’s nobody’s fault, it just is. I was stuck and they were stuck and we were stuck at odds.

Anyway, don’t go to Magic Kingdom expecting it to be easy navigating, that’s all. No matter when you go. We also went to Hollywood Studios and Animal Kingdom, and for the most part those two parks were a lot less crowded. But Magic Kingdom (and Disneyland in CA) are still the standard by which the Disney trips are measured.

If your entire vision of Disney had been shaped by magic Kingdom and Disneyland, and someone uttered the words “Downtown Disney,” what would you envision Downtown Disney to be? If you’re like me, you’d think this: 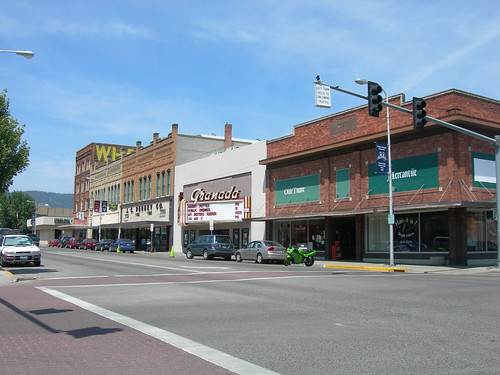 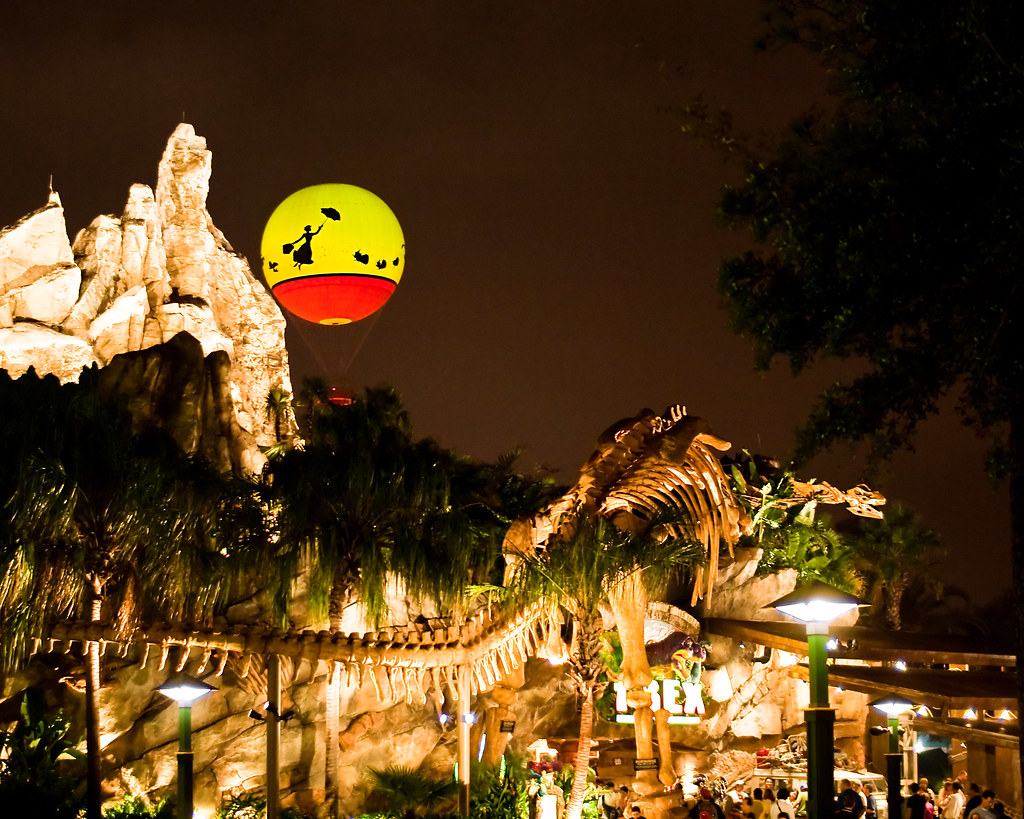 It’s insane. Don’t get me wrong: In many ways, it’s a very good insane. But it’s still insane.

Enough for today. Still to come: reflections on kids, and on feeling like a kid again.