When you’re a kid, you take everything you hear at face value, even when things seem to contradict each other. But as you grow, the things that don’t add up can really lead to a crisis of faith.

Enter the study of the “historical Jesus.” 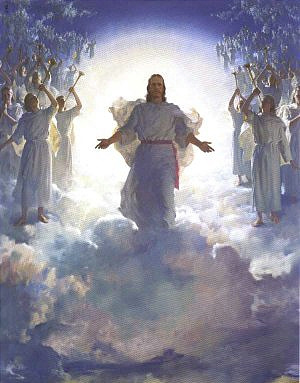 How Jesus has always seemed to me: really distant, if glorious and inspiring. Image by angelofsweetbitter2009, via Flickr

I’ve been intrigued by this branch of Christian scholarship for quite a while, but I thought its usefulness was limited to distinguishing what we can prove really happened, as opposed to the stuff we have to take on faith.

As I’ve been reading historical Jesus books, though, certain things have become clear. First of all, historians hold widely divergent views as to what the historical facts are, let alone what they mean. I’ve read from several different perspectives now: liberal, conservative, populist, and Jewish. 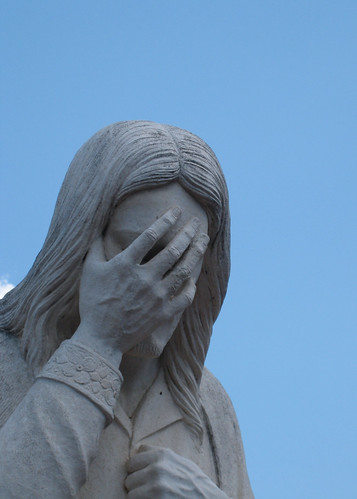 How Jesus probably views our attempts to turn him into a revolutionary/reactionary/Republican/Democrat/fill-in-the-blank. Image by tonystl, via Flickr

But the resource that seems widely regarded as the quintessential source is A Marginal Jew, by John P. Meier. Four volumes, each one a monolith: a thousand pages each, in language so scholarly I have to keep running to look up words. The kind of book where the footnotes often take more verbiage than the text.

I embarked on this series with guarded expectations. I usually find scholarly writing unnecessarily hard to understand. And indeed, as I wade, slowly, through the deep and murky waters of the historical Jesus, I find sections of the book that really aren’t any help to me at all.

But in between–wow. In between.

We live in a culture that is permeated by the idea that faith = Bible = religion, a closed loop in which those words can be used interchangeably. As a Catholic I don’t buy into that idea–for one thing, the Bible came into being after the Church, not before it. Who compiled the thing, do you think? The Bible is a Tradition, just like Mary and apostolic succession. (Yeah, I know. Them’s fightin’ words. But true nonetheless.)

Even I, as a Catholic, however, have felt constrained by the need to stay within the bounds of the Bible to get to know Jesus. And there’s a problem with that, because there’s an awful lot that’s not in the Bible. And a lot of what is in the Bible doesn’t really make sense. If you try to to interpret it based solely on itself, you often end up, as I have, seeing Jesus as deliberately obtuse, quarrelsome, and generally a pain in the butt.

Things are missing. Things that are really important to making sense of it. 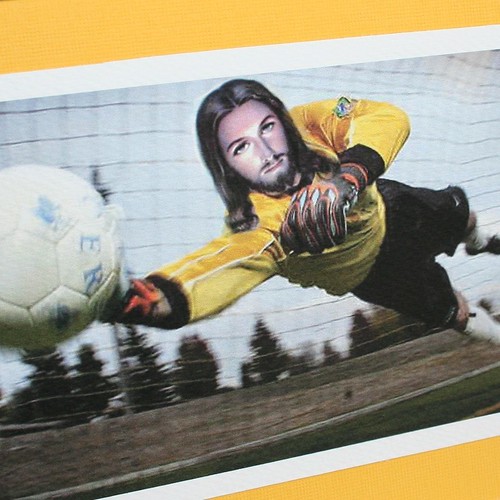 Probably this is not one of the things missing from the Bible. But I feel pretty sure Jesus would giggle if he saw it. Photo by chris m./ rzrxtion (pronounced resurrection), via Flickr

Those things weren’t missing when the Church was young. The people hearing the stories about Jesus knew the cultural context. They understood plays on words and inside jokes that have been lost to us through translations and cultural shifts.

Plus, nobody was trying to write down every detail. These were collections of stories told by the apostles and recorded somehow, eventually, but without the ability to ask questions and clarify. The New Testament is the Cliff Notes version of Jesus’ life and ministry.

The reality is we’re never going to get the whole story, but what Meier’s book is doing for me is peeling back some of those layers of nuance to reveal things I never would have caught otherwise.

In volume 2, for instance, Meier goes through a detailed analysis of Jesus’ sayings about John the Baptist. I can’t possibly do justice to this sequence, but what floored me about it was the idea that a) Jesus probably spent some time as a member of John’s ministerial band, b) when Jesus struck out on his own, he kept some of John’s themes but diverged enough that it unsettled John’s disciples as well as John himself; hence, “So…are you The One, or not?”, and c) some of the things Jesus said about John might well have been a challenge to John to say, “You’ve had your vision of God, and now I’m challenging you to grow in it. Can you be open to changing your heart?”

Quite a thing to tell John the Baptist!

There is humor buried in those passages. Jesus wasn’t obtuse, he was charismatic. Which we should have been able to assume, because someone obtuse and quarrelsome wouldn’t have attracted a following. But when you rely on the Bible alone, you’re not allowed to make those leaps.

For years, I’ve feared that most of what was in the Bible was a synthesis and creation of the early Church, without a whole lot of basis in what Jesus actually said. (Especially given the ponderous speeches he makes in the Gospel of John. I really don’t like Jesus in the Gospel of John. I want to smack him. Which is also how I feel about Paul virtually all the time.)It is liberating and affirming to have someone pull apart the threads in a rational, scholarly way, and finding that many, if not most, things have roots in historical sayings. And the process of separating the origins from the synthesis requires that we talk about the social and cultural context—which sheds a brilliant light on Jesus.

As one who has always felt distant from Jesus, more in tune with the Holy Spirit, I’m finding it a real faith booster. And so I share it with you.