I realized something this morning as I sat here trying to figure out what to write on my seven quick takes: I’m really boring. But I’ll do my best to skip the boring stuff and go for the good stuff instead. Like:

Christian says all he has to do to get Michael on board with anything is to say “Who wants to _____?” This morning he woke Michael up and said, “Do you need to use the toilet?”

“Who wants to use the bathroom?”

Julianna and I had our first conversation about sex a couple of weeks ago. Not really sex, just about bodies. Since then she’s been nursing baby dolls. 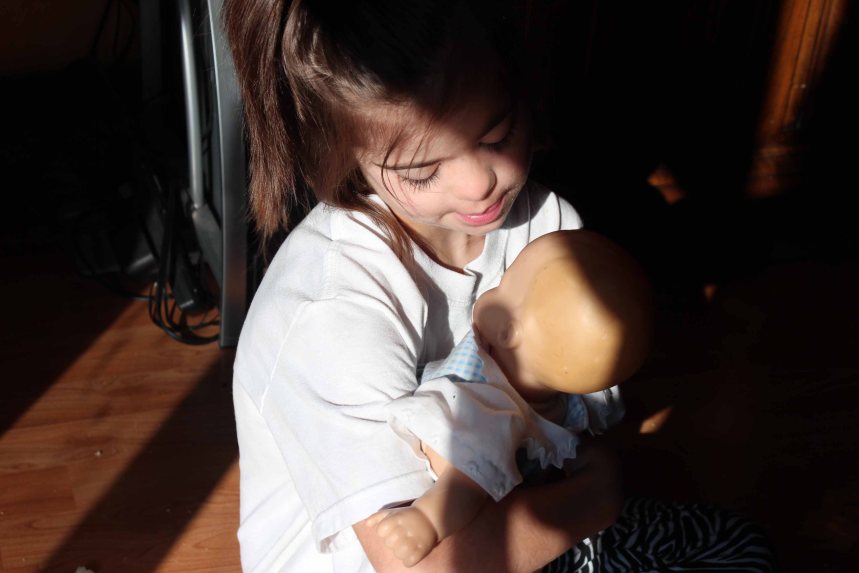 Christian is building the kids a clubhouse in the back yard. He’s been scouring the city for pallets he can use for flooring, and he’s put together four wall frames. It’s slow going, as you can imagine with people who stay as busy as we do. But it’ll be fun for all the neighborhood kids when it’s done. (There are nine kids, including ours, living on our cul de sac.) 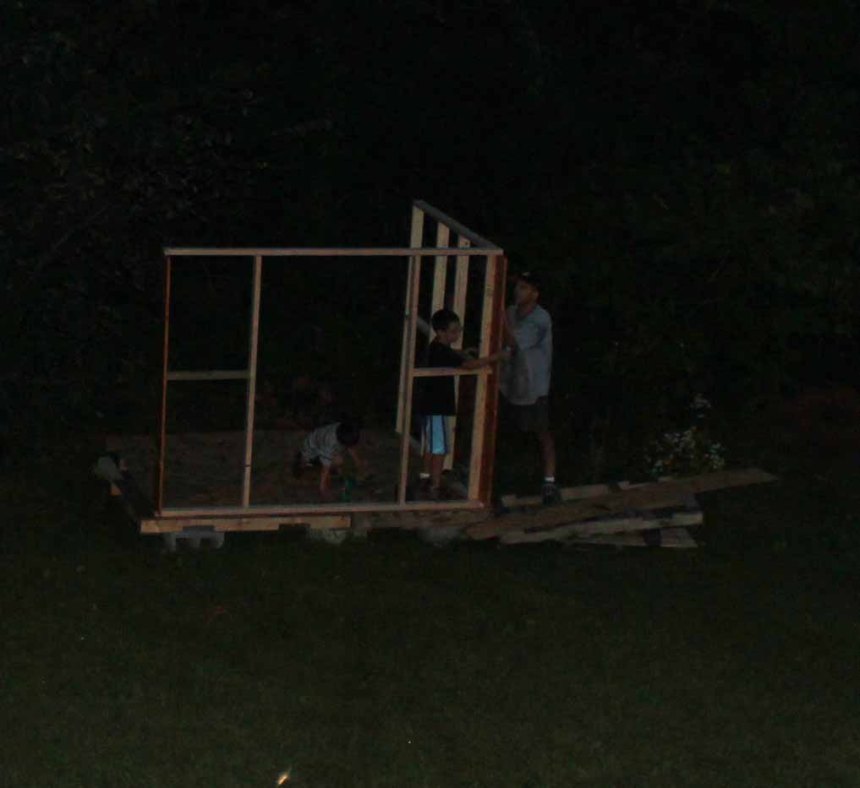 Nicholas is two weeks into kindergarten now. He’s so different from Alex at that age. Nicholas is still charming everyone at school, just like he did in preschool–charming them with his charisma and his cute factor. When he comes home from school he’s tired and about half the time it ain’t pretty, folks. But it’s not as bad as I feared it might be, either. He’s so short and solid–Christian calls him a linebacker. That child is already too big for his size 5 uniform shorts. Sigh. But anyway, he’s taken to school like a fish in water, so that’s good. Two days ago he told his class he could sing the Glory to God, and he proved it. Yesterday his class went to church to practice for their first all-school Mass, and he taught the Gloria to them. Yes indeed, he did.

Has anyone else read Jesus: A Pilgrimage? I’m floored by this book–absolutely floored. I’m thinking about buying it for a whole lot of loved ones, that’s how floored I am. I don’t do things like that. But this book was exactly what I needed right now. Fr. James Martin takes you to the places where the Scriptures took place (or anyway, the places where people claim the Scripture stories took place) and discusses the place itself, the historical background (i.e. historical Jesus), and then delves into imagining what might have filled in the gaps in the Gospel stories–those gaps have been troublesome to me lately, so I love that section; it makes things so much more real–and then a spiritual/theological reflection.

Last year at this time I was stressing out over the need to bilocate on piano lesson days at school dismissal time. This year I didn’t stress because I’d already worked it out, but circumstances changed just enough that we’re back to square one. Tuesdays and Thursdays are going to be quite the days this fall. It’s my own fault; Nicholas was doing so well at swim lessons that I decided he needed to continue once a week through the fall. I don’t want him to lose all that ground by next summer. We’re actually reaching the point where I think I can handle four kids at the pool by myself–but if he can swim, I’ll be much more comfortable doing so. 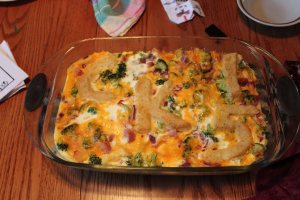 Yesterday was our fifteenth anniversary. It was, er, a terribly romantic day. Christian had to leave for work early and I had to mow the lawn. Ahem. But Michael and I spent the morning baking chocolate pecan pie and this casserole for dinner.

We’ll go out tomorrow. If we can find a babysitter, that is…