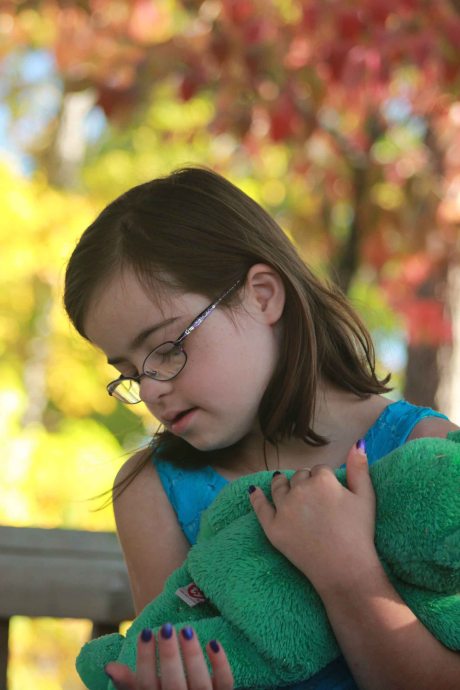 When the phone rang during my oh-so-precious work time the other day, I almost decided to ignore it without even checking the caller ID. But there’s always the chance it’s somebody’s school. Which in this case, it was–Julianna’s.

It turned out there had been a minor altercation on the bus. Julianna kept touching a boy’s backpack, even after he told her to stop, and eventually some ugly things were said…involving the word “ugly,” for one…and Julianna’s feelings were hurt.

Listening to this story, I found myself torn between rolling my eyes–because this sounded exactly like a conversation that would go down in my own house–being irritated with Julianna for persisting in annoying behavior despite being told appropriately to cease and desist…and wanting to laugh.

I told the school counselor, “See, here’s the thing. It doesn’t sound like it was entirely unprovoked. I mean, I’m Julianna’s mom and I can’t tell when she really doesn’t get it, as opposed to when she’s pretending not to get it.”

She truly is a darling child, but it’s far too easy to let things slide, because with four of them, it’s hard to do it all. It seems more efficient to focus on the ones you know “get it.” We have a weekly rotation of chores, and whenever it’s Julianna’s turn to do…well, anything, but particularly sweep or mop the kitchen, I just groan, because it’s such a chore for me to make sure she does it even remotely right. And usually I’m trying to make dinner or clean or fold laundry or, rarely, write (I have to be pretty desperate, like riding a deadline, to try to write while supervising chores), and I think, Oh, we’ll get it done later, after… and it doesn’t happen at all. 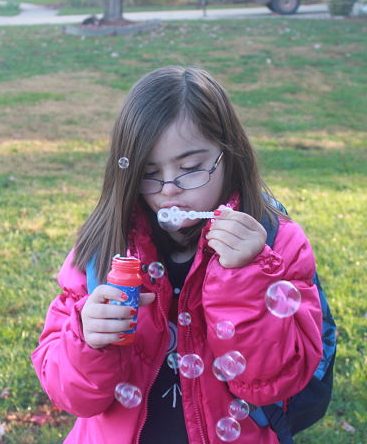 It’s the same thing when I say, “Julianna, put away these two books.” Or “Julianna, put THAT bag on the bathroom counter and THAT strap on my bed.” Or just “Julianna, go get your pajamas on.” I’m running around trying to get household things done, and she simply ignores me.

She’s learned this about me: I’m frequently juggling multiple jobs, and she can slide by without complying because I’m distracted.

Whether she knows she’s being dishonest or not is an entirely different question, and one that gives me fits. Is it a discipline issue, or not?

Then there are the orthotics. Those who follow me on Facebook know she has recently broken yet another uber-expensive brace. Fortunately, they’re covered, but I’m starting to feel very bad for the orthotist and her staff. The orthotist’s best theory is that Julianna’s heel cord is super-tight and, because the braces prevent that tightness from expressing itself, she’s putting exceptional pressure on them. So now we have two to three more orthotist appointments and regular PT to work into the schedule again.

And finally, there are the academics. Her reading assessment score went down for the first time recently. Given that reading has always been her academic strength, this was a tough thing to see. Her teachers said it was because of difficulty in comprehension–the ability to answer questions about what she had read. And the solution is for us to just practice with her more. But this means her homework, which has been independent all year, is no longer. Now I have to read with her and stop her to ask questions every page.

I’ll spare you talking about math.

Life cycles through times when things seem very smooth and times when it seems harder. And of course, usually some things are clicking along nicely while others seem very high-maintenance. I find myself second-guessing our family planning choices lately, now that the kids are all older and I really see how much more I “should” be giving to Julianna. Perhaps we should have left more space before the third child. Or cut it at three. Of course, I can’t imagine my family any way other than it is–raucous, superhero-filled, overwhelmed by togetherness and richness–but I can’t help wondering if Julianna, at least, would be better served if we were a smaller family in which her parents spent more time with intervention.

And then I shake my head and remember that having three brothers will only be good for her in adulthood, and that no matter how much intervention we did she’d still never make valedictorian and start designing rocket ships or doing brain surgery, so why am I stressing the levels of delay? Let her be who she is and let us be who we are and let us together be who we were called to be.